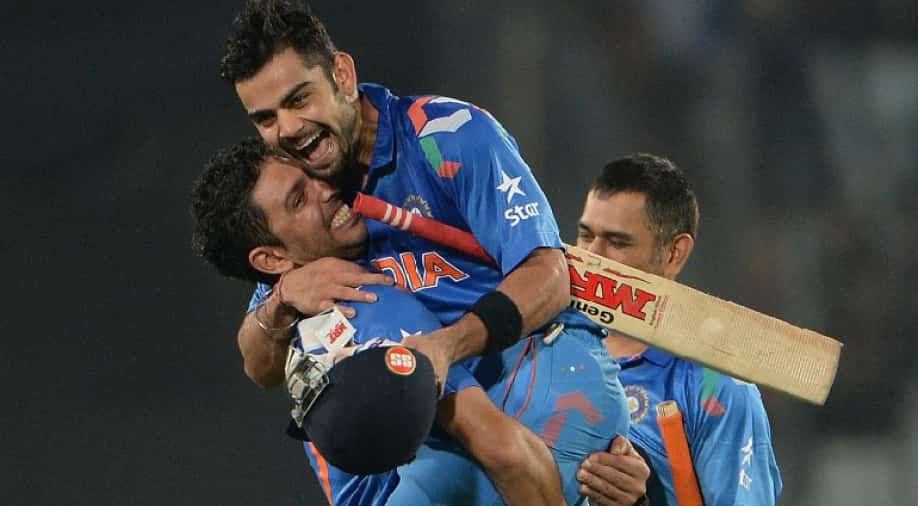 India's Test skipper Virat Kohli recalled a hilarious incident as he sent his wishes to his former teammate Yuvraj Singh on his 40th birthday. Wishes have been flowing in from all corners as the former India all-rounder celebrates his birthday. Kohli took to Instagram and shared a special video on his story to wish Yuvraj while also sharing an 'outrageous' episode.

In the video posted by him, Kohli recalled how Yuvraj made him feel comfortable and welcomed him nicely when he first joined the Indian team. Kohli revealed the duo used to eat out and shop together and had similar likings before sharing an incident that will leave fans in splits.

Kohli recalled how Yuvraj once asked Kohli at around 3 in the morning to ride bicycles from Dambulla to Colombo in Sri Lanka. The Indian skipper said it was outrageous as the Indian team had to play a game after two days.

“I had come in from the Under-19 World Cup; he welcomed me very nicely, made me comfortable, started joking around with me, and we liked similar kind of food. We are both Punjabis, love Punjabi music, getting nice clothes, shoes (chuckles); all these kinds of things have remained common over the years. We used to go out and do quite a bit of shopping together in a group obviously; so the likes were quite similar," Kohli said in the video.

"We were in Dambulla; it was a couple of days off a match and literally at 3 or 3:30 in the morning he goes, 'We are gonna ride these bicycles to Colombo' and I clearly remember we all fell down laughing on the floor because it was just outrageous. We had a match in two days' time.

“Happy birthday Yuvi Pa! Lots of peace, happiness and prosperity to you and lots of love always. And my best wishes to you,” he added.

Yuvraj and Kohli were part of the Indian squad which won the 2011 ODI World Cup under MS Dhoni. The duo spent over a decade together in the Indian dressing room, representing the country across formats. Yuvraj announced his retirement from international cricket in 2019 after playing 304 ODIs, 58 T20Is and 40 Tests in his glorious career.

Yuvraj, who is regarded as one of the best Indian all-rounders of all time, amassed 8701, 1177 and 1900 runs in the three formats respectively. He also picked up a total of 148 wickets across three formats.