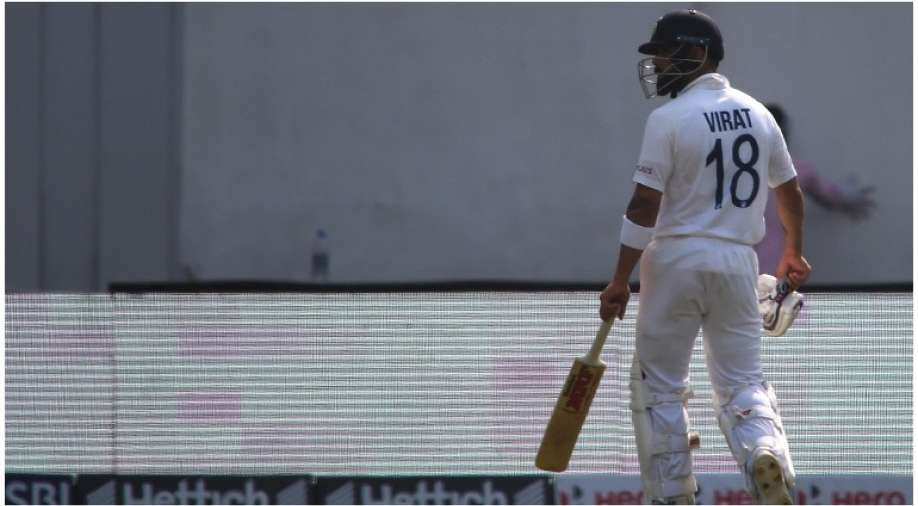 Ex-BCCI selector Kiron More has opened up on how things have transpired in Indian cricket following Virat Kohli's resignation as the Test captain.

A lot of changes have happened in Indian cricket post the Men's T20 World Cup, held last year in the UAE. Virat Kohli had already announced that the World Cup will be his last assignment as the captain in the shortest format. He stepped down post the showpiece event, being succeeded by Rohit Sharma, whereas the BCCI national selectors sacked him as the ODI captain, making Rohit the white-ball skipper altogether.

After the end of the three-match Test series between India and South Africa, in the rainbow nation, Kohli also stepped down as the red-ball captain. While many believe things aren't at its best between Kohli and the BCCI -- post the former's explosive presser prior to the SA tour -- former chief selector Kiron More opened up on how things have shaped up in recent times and sympathised with Kohli.

ALSO READ | India are lucky they have many options: Kevin Pietersen names who should take over as Test captain

"The way he has left is a bit sad. The way people have treated him, and I am not talking of the BCCI, and criticised him was not fair. He has played a lot of cricket, he has done well for India. The way he played any form of cricket, he had that quality. He always showed the character that he wanted to win," More told News18.

He further asserted, "Let's not forget he is a World Cup winner (2011). He has got 70 international hundreds and is a special player. I am disappointed with the way people were talking about him and the way his captaincy was criticised. For me, he is a legend. Performance-wise, we cannot touch him. I am not worried about him stepping down from T20 or ODI captaincy. That is part of life. The way people were criticising him was not good."

With Kohli stepping down as the Test captain, Rohit is touted to be the frontrunner to take over as the all-format captain. More reflected on Rohit-Rahul Dravid partnership and opined on Kohli the batter going forward. He feels the transition will take time and has backed Kohli to dominate with the bat. "This always happens. People have to come together and regroup. That's the job of Rahul Dravid and the selectors. They are matured cricketers. It is not going to be easy and will take time for the Indian team to settle down. Test cricket is not easy, no matter what. You play Test cricket with your heart. He’s got to perform. Kohli’s 79 and 29 in Cape Town were like 150 on difficult pitch," the former keeper-batter said.

"It is not easy to leave captaincy. He was the captain in all three formats. He must have decided to focus on his batting and win matches for the country. He has always played freely to score 70 international hundreds. Time comes in every captain’s life to move on. Every captain feels it and perhaps he has felt it now," More concluded.