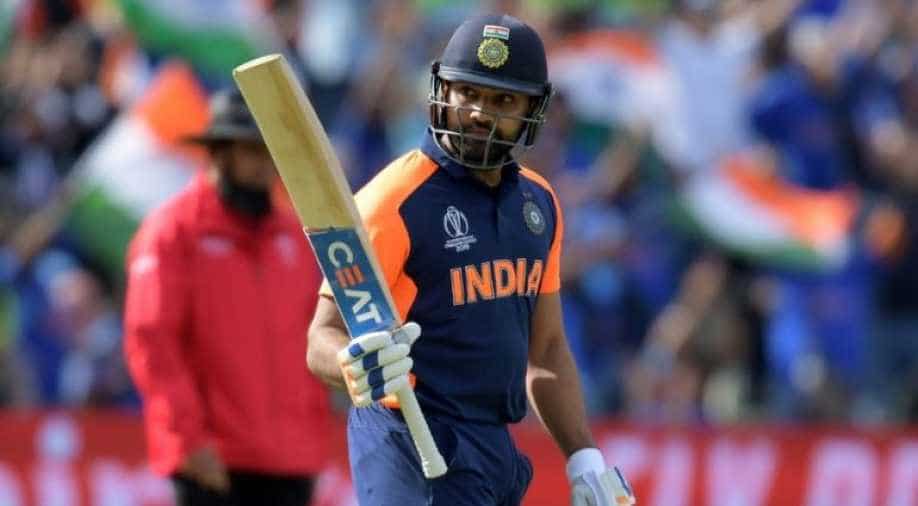 Despite Rohit Sharma's century and Virat Kohli's 66, India failed to chase down the 338-run target

India's winning streak in the Cricket World Cup 2019 came to an end after England defeated the Virat Kohli-led side by 31 runs in Sunday's group match at Edgbaston.

Despite Rohit Sharma's century and Virat Kohli's 66, India failed to chase down the 338-run target.

Debutant Rishabh Pant, who looked nervous in the start, came in to bat at number fourth spot in the absence of Vijay Shankar and scored 32 runs off 29 balls.

During the post-match interview, Rohit was asked, whether he was surprised to see Pant ahead of the in-form Hardik Pandya.

Rohit's gave a hilarious reply, saying, "Not really (surprised) because you all wanted Rishabh Pant to play right? Right from the time we left India, you all kept on asking where is Rishabh Pant. There he is at No.4."

India's middle batting order was also questioned, especially MS Dhoni and Kedar Jadhav for their slow innings but Rohit defended both the batsmen for their batting approach in the death overs.

"When you lose matches, there will be questions that why we lost the game? We lost Rahul pretty early, England bowled really well in the first ten overs. It was important that guy who's in form goes on to convert his start," Rohit said.

"We knew the longer we bat, we will have more chances of winning the match. The pitch got really slow at the end and English bowlers bowled really well in the death overs," he added.

India will next play Bangladesh on July 2.