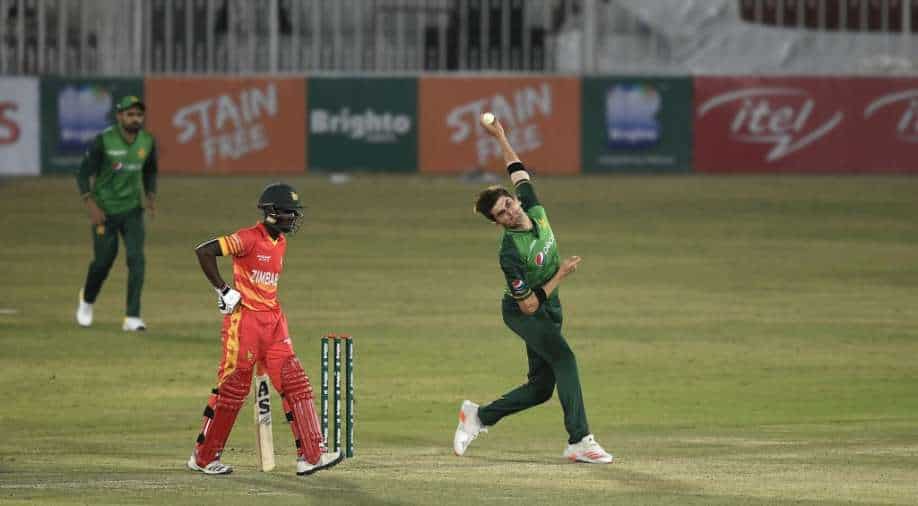 Despite Pakistan's 26-run victory, a bizarre incident took place during the match. During 26th over in the first innings, Imam-ul-Haq was run-out in hilarious fashion.

Pakistan is hosting Zimbabwe for 3-match ODI as cricket resumed in the country for the first time since COVID-19 pandemic. The series which seemed to be a cakewalk for the Men in Green was surprisingly closer one than expected.

Despite Pakistan's 26-run victory, a bizarre incident took place during the match. During 26th over in the first innings, Imam-ul-Haq was run-out in hilarious fashion.

Imam-ul-Haq and Haris Sohail were on the crease for Pakistan as Zimbabwe's Sikandar Raza was bowling in the 26th over. Imam struck the ball towards the backward point to which the batsman at the non-striker's end (Sohail) ran towards Imam for a quick single. Imam too ran a few steps before realising that he can't complete the run.

Imam chose to return to his crease, however, Sohail continued his run and soon both batsmen were seen running towards the same end.

The video of the run-out made some rounds on social media. Many compared it to Pakistan's previous goof-ups.

Pakistan managed to pose a good total of 281 runs by the end of the innings. In a reply, Zimbabwe's brave innings saw them close to the target and they were 26 runs short of the winning score.

IPL 2021: Prithvi Shaw has made a comeback like a champion, says Shikhar Dhawan