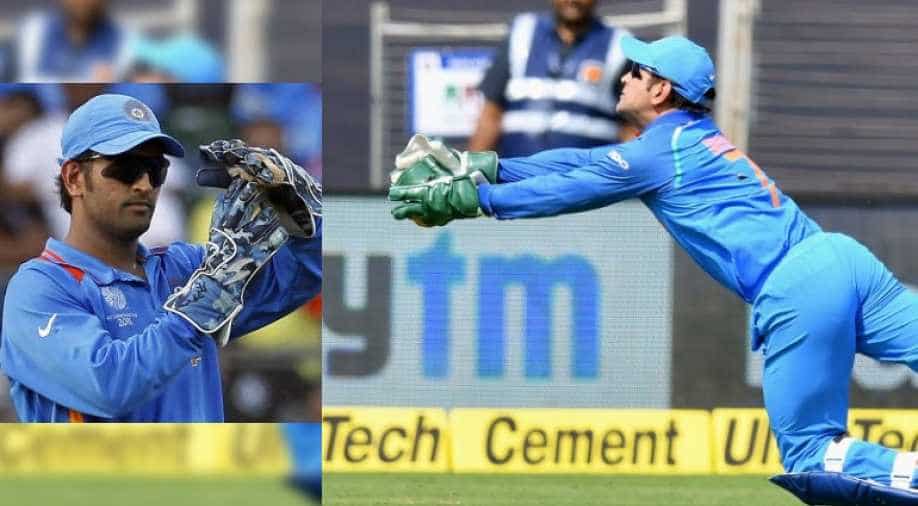 MS Dhoni in action. Photograph:( Others )

India's wicket-keeper batsman MS Dhoni took a stunning catch in the third one-day of a five-match series between India and West Indies on Saturday.

The world cup winning captain displayed a sensational piece of fielding to dismiss Chandrapaul Hemraj at a score of 21.

Hemraj edged Jasprit Bumrah's fair delivery that went up high in the air and was about to land in front of fine leg where no fielder was present.

MS Dhoni ran towards it, made a full stretched dive and landed horizontally on the ground to take the stunning catch.

Though on-field umpire referred it to the third umpire to check whether the catch was clean or not.

But a red light on the big screen signalled that it is difficult to doubt Dhoni's fitness and fielding skills.

Dhoni what a catch #Dhoni pic.twitter.com/3EX1QOhUOM

Mahendra Singh Dhoni has been dropped from India's Twenty20 squad for the home series against the West Indies and the crucial away assignment against Australia, signaling a possible end to his run in the shortest format.

The committee said that Dhoni, the 2007 World T20-winning skipper, has been "rested" and India is now looking to fill in the second wicketkeeper's slot.

But when asked if Dhoni's career in T20s is over, Prasad said, "Not yet".

"We want to try out other keepers for the second keeper's slot," said Prasad.