Watch: MS Dhoni and Co. gear up for IPL 2020 with a practice match 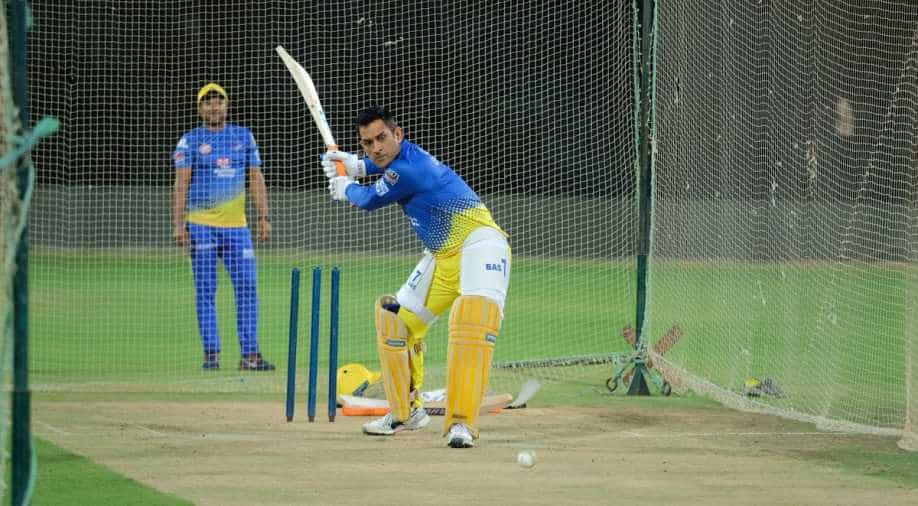 Indian Premier League (IPL) outfit Chennai Super Kings have extended their quarantine period and will now commence their training camp from September 1. CSK reached Dubai on August 21 and were slated to start their training camp on Friday but have now ext Photograph:( Twitter )

Despite significant absentees in the squad, the star players in the team were seen sweating it out on the training ground.

Chennai Super Kings were seen gearing up for their opening clash against Mumbai Indians.

Despite significant absentees in the squad, the star players in the team were seen sweating it out on the training ground.

CSK skipper MS Dhoni, also known as Thala, was seen donning wicket-keeping gloves during the practice match. MS Dhoni's return to the cricket pitch is the most anticipated moment in this year's IPL.

The team has faced many setbacks even before the season has started, with over a dozen members testing positive to Suresh Raina and Harbhajan Singh pulling out of the tournament.

Also read: IPL 2020: Who are the favourites in MI vs CSK opener? Gautam Gambhir opines

Murali Vijay, who is likely to fill Suresh Raina's shoes, was seen playing during the practice match.

Chennai will begin their IPL campaign vying for a fourth trophy, whereas, defending champions Mumbai Indians will be looking to extend their title-record to five.

Chennai Super Kings (CSK) batsman Ruturaj Gaikwad continues to remain in quarantine as he is yet to test negative for COVID-19 after 13-14 days in self-isolation.

Gaikwad was among the two players tested positive for coronavirus in the CSK camp with the other player being Deepak Chahar, who has tested negative for the virus and started training with the rest of Super Kings squad.