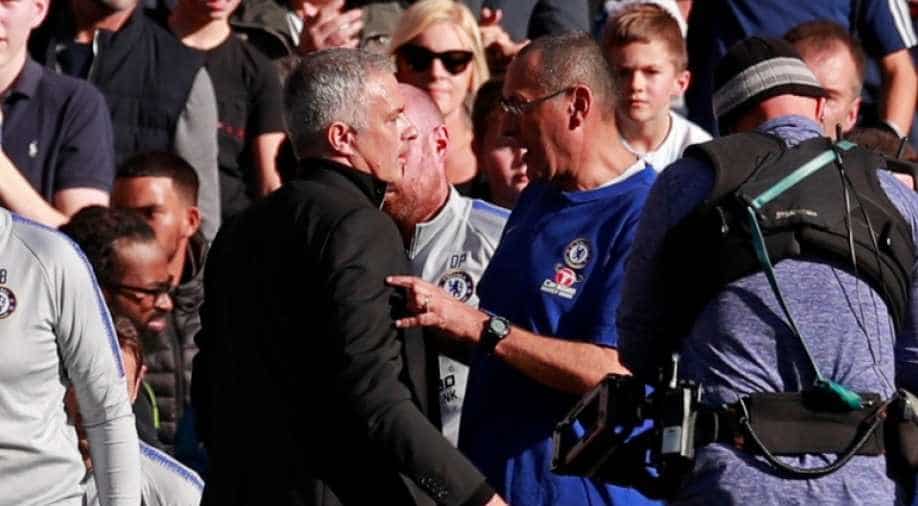 ManU boss said that Chelsea's technical assistant Marco Ianni was "very impolite" after celebrating in front of him.

Manchester United boss Jose Mourinho was involved in a fracas at the touchline after Chelsea's star Ross Barkley scored an 96th-minute equaliser to draw the game on Saturday.

Manchester United was on the verge winning but an injury time-goal by Barkley helped Chelsea to maintain unbeaten Premier League start at Stamford Bridge.

Mourinho took exception to the celebrations of one of Chelsea's backroom staff, Marco Ianni, who ran in front of the Portuguese on the touchline, as he seemed set for a sweet victory over his old club.

ManU boss said that Chelsea's technical assistant Ianni was "very impolite" after celebrating in front of him.

"I am not annoyed with anything. What happened with (Maurizio) Sarri's assistant, Sarri was the first one to come to me and say he will resolve it.

"The assistant has already come to me and apologised, I told him to forget it. I have made a lot of mistakes in my career."

Mourinho, who won three Premier League titles in two spells at Chelsea, said United were the better side.

Sarri said his side lost out to United in the physical battle as the game wore on.

"I am disappointed with the last 30 minutes," he told the BBC. "We could win but at the end one point is enough.

"I didn't see what happened but I have spoken to Jose Mourinho. I understood that we were in the wrong side of the situation. I have spoken to a member of my staff and have dealt with this immediately."