Watch: How Cameron Bancroft tampered the ball on Steve Smith's orders in 3rd Test against the Proteas 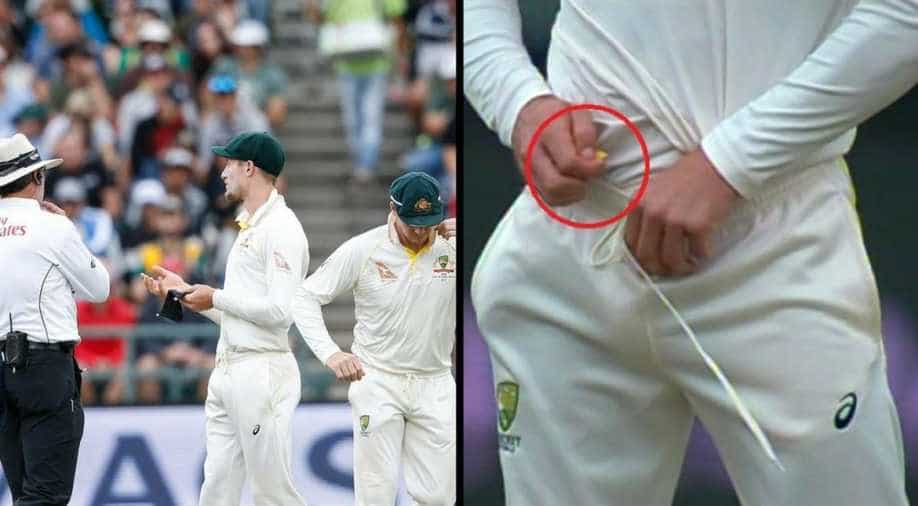 For the deliberate intention of ball tampering, ICC has slapped Steve Smith and Cameron Bancroft with a one-match ban and fined 75% of match fee Photograph: (Twitter) Photograph:( WION Web Team )

The ugliest side of Australian cricket was seen in the thirst Test against South Africa in Cape Town on Saturday when Australian skipper admitted to altering the condition&nbspof the ball.

Australian batsman Cameron Bancroft&nbspwas caught in the camera when he took out a yellow-colored substance from his pocket and applied on the ball to increase the roughness of one side of the ball.

Steve Smith&nbsphas been trapped in a cyclone of controversies and was booed by the South African fans when he entered to play in the second innings. He scored only seven runs off twenty balls.

For the deliberate intention of ball tampering, ICC has slapped Steve Smith and Cameron Bancroft with a one-match ban and fined 75% of match fee.

In the wake of the ball-tampering controversy, Steve Smith had stepped down as the captain of the Australian cricket team also Vice-captain David Warner also agreed to step down from his position.

Steve Smith even quit as the captain of Rajasthan Royals&nbspand the position is taken over by Ajinkya Rahane. Though, it is still not clear whether Smith will play as a player for Royals or not.

Smith was a part of the Rajasthan Royals in 2014 and 2015 and was the only player retained by the franchise.