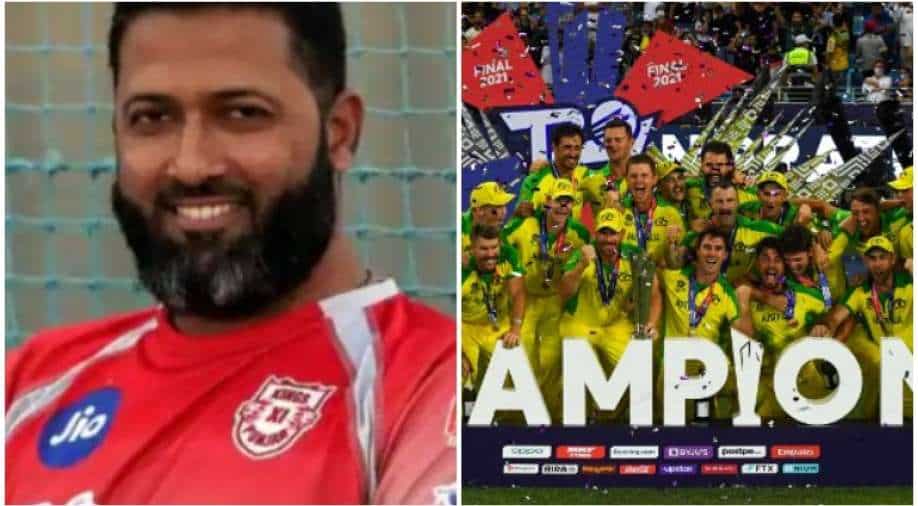 Wasim Jaffer once again left his followers laughing out loud with a hilarious post after Australia defeated New Zealand in the T20 World Cup 2021 edition's finale. Here's what he tweeted:

Australia defeated New Zealand by eight wickets in the T20 World Cup 2021 edition's finale on Sunday evening (November 14) at Dubai International Cricket Stadium, Dubai. Both sides locked horns with each other to win their first-ever T20 WC title but Aaron Finch-led Australia were too good for the Kiwis as they demolished Kane Williamson's Black Caps by eight wickets, with more than an over to spare.

Opting to bowl first, Australia restricted New Zealand to a competitive 172-4 in 20 overs. The Kiwis were led by their skipper Williamson, who slammed a splendid 48-ball 85 studded with 10 fours and three sixes. Meanwhile, Josh Hazlewood stood tall with the ball to return with 3 for 16. In reply, opener David Warner's 53 and Mitchell Marsh's 77 not out propelled the Aussies to an eight-wicket win 7 balls to spare.

After the encounter, former Indian opener-turned-meme specialist Wasim Jaffer once again left his followers laughing out loud with a hilarious meme.

Jaffer shared a hilarious meme, taking cue from Indian web series Sacred Games' dialogue, meaning 'If you want to do something, do it big else don't' (relating it with Australia's triumph after recent failures in bilateral series). Here's his viral tweet:

Australia were far from favourites in the T20 WC 2021 edition, entering the tournament on the back of five bilateral series defeats in the format (versus West Indies, Bangladesh etc). Nonetheless, they managed to win their maiden title by losing just a solitary game (versus England) and defeated the likes of West Indies, Bangladesh, South Africa, Sri Lanka, Pakistan and New Zealand.

Captain Finch said at the post-match presentation, "This is huge. To be the first Australian team to be able to do it. So proud. We knew our backs were against the wall. We had some great individual performances, some great team performances. Can't believe people wrote him off saying he was done (Warner). That's when he plays his best cricket. Was almost like poking the bear. The player of the tournament for me (Zampa). Mitch Marsh - what a way to start his innings today. Wade coming into this game with an injury cloud but got a job done. Stoinis did the business."