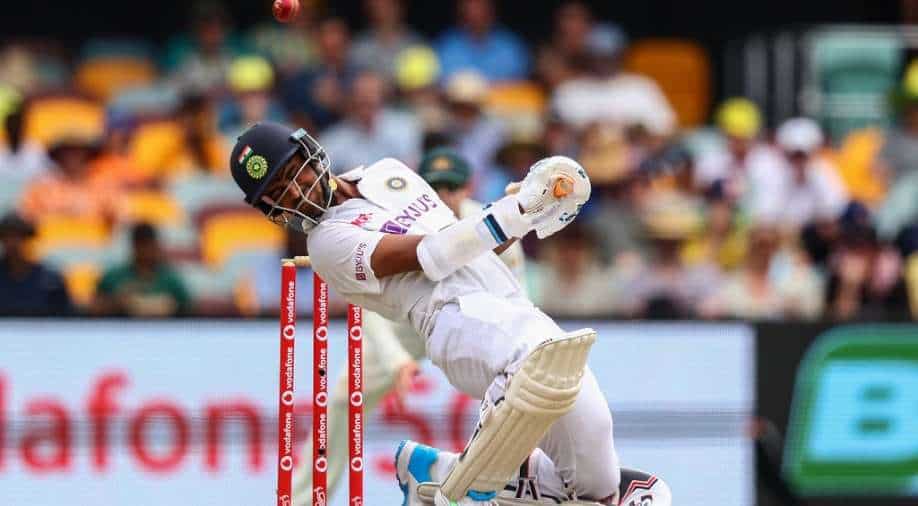 The Chennai-based cricketer scalped three wickets on the debut (including Steve Smith) and then contributed well in the 123-run partnership with Shardul Thakur.

Washington Sundar achieved a unique feat after scoring gritty 62 runs on his Test debut at the Gabba against the mighty Australian bowling attack. Sundar was Team India's forced replacement after Ravichandran Ashwin and Ravindra Jadeja's injury.

Sundar's contribution with both bat and ball has put India back into the match. The Chennai-based cricketer scalped three wickets on the debut (including Steve Smith) and then contributed well in the 123-run partnership with Shardul Thakur.

With his maiden half-century, Sundar became the third Indian cricketer (second against Australia) to hit a half-century and take a three-wicket haul on his Test debut. All three achieved the feat in their team's first innings. The first Indian cricketer to achieve this feat was Dattu Phadkar, who scalped three wickets and scored a half-century against Australia in Sydney back on December 12, 1947. Second Indian player was Hanuma Vihari, who achieved this feat against England at the Oval in 2018.

Shardul Thakur and Washington Sundar's 123-run partnership for the seventh wicket brought India back into the game. The partnership is India’s third-highest ever 7th wicket stand in Australia and the highest 7th wicket stand at the Gabba. Team India, who once were at 186/6, managed to score 336 with the help of the Thakur-Sundar partnership.

Australia came down to bat for just remaining six overs before concluding the day. Opener David Warner came down to bat with intent and smashed three consecutive boundaries off Siraj's over. Australia ended their day 21 runs on-board with loss of no wickets. Tim Paine and Co. are desperate for a win but are worried due to heavy rains predicted on Day 5. Both heavyweights will head to a dramatic final day of the final Test.