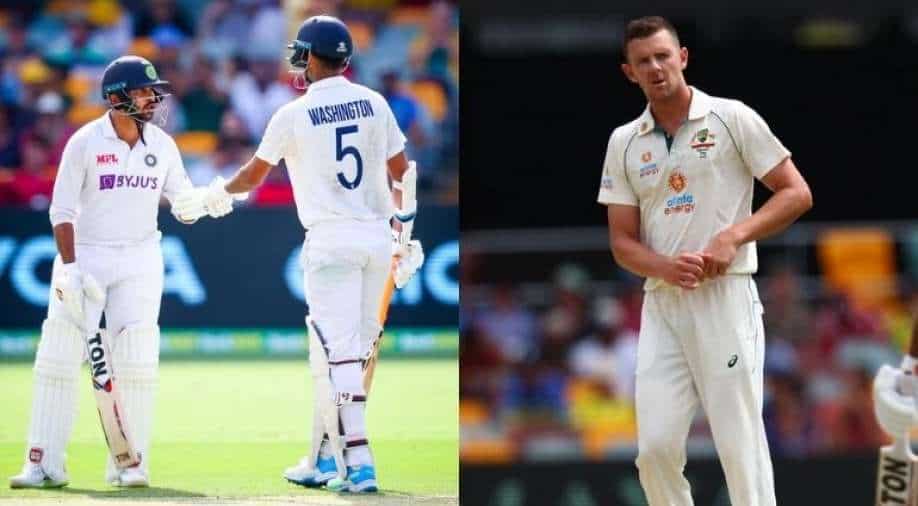 The seventh-wicket partnership between Shardul Thakur and Washington Sundar put India back in contention to draw the final Test match against mighty Australia to retain the Border-Gavaskar trophy.

India began their day with 62 runs at the loss of the opening pair. However, the struggle continued as the visitors were down and 186 after losing six wickets. As it seemed that Australia were all over the match before Thakur and Sundar's 123-run partnership which turned the odds in India's favour. Shardul Thakur scored 67 runs off 115 balls and Washington Sundar scored 62 runs in 144 balls on his debut. Sundar became the 3rd Indian cricketer to hit a half-century and take a three-wicket haul on his Test debut. All three achieved the feat in their team's first innings.

Australia came down to bat for just remaining six overs before concluding the day. Opener David Warner came down to bat with intent and smashed three consecutive boundaries off Siraj's over. Australia ended their day 21 runs on-board with loss of no wickets. Tim Paine and Co. are desperate for a win but are worried due to heavy rains predicted on Day 4. Both heavyweights will head to dramatic grand finale to the tour.