'Was certainly scared': Wriddhiman Saha openes up on his battle with COVID-19 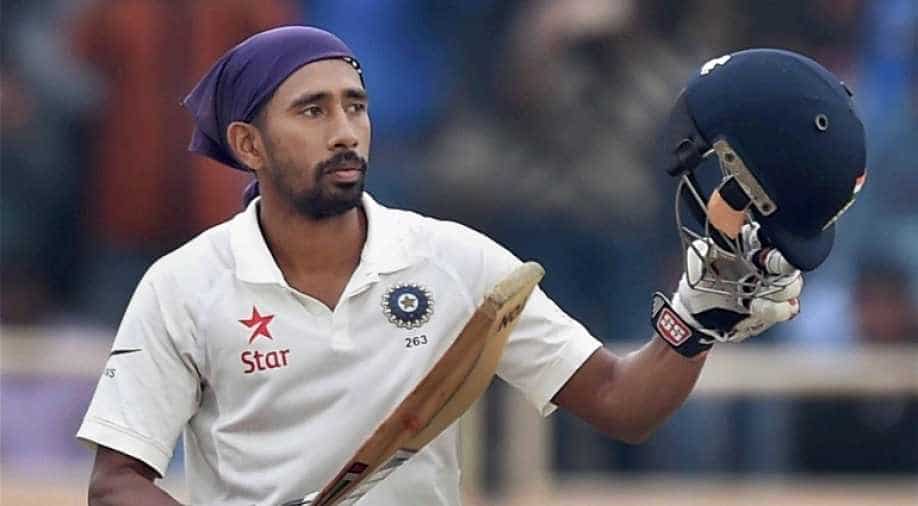 Sunrisers Hyderabad and India wicket-keeper Wriddhiman Saha has opened up on his fight against COVID-19 after getting infected with the dreaded virus during the Indian Premier League (IPL) 2021. Saha tested positive for COVID-19 after two Kolkata Knight Riders returned positive – the same day IPL 2021 was postponed indefinitely.

Sunrisers Hyderabad and India wicket-keeper Wriddhiman Saha has opened up on his fight against COVID-19 after getting infected with the dreaded virus during the Indian Premier League (IPL) 2021. Saha tested positive for COVID-19 after two Kolkata Knight Riders returned positive – the same day IPL 2021 was postponed indefinitely.

Saha said that he was tested twice after feeling tired and complaining of cold but both the reports came negative. He underwent another test after getting a fever and the report returned positive.

“I felt tired after finishing the practice on the first day of May. I felt cold. Cold & mild cough. I informed the team doctor that day. Arrangements were made for me to stay in seclusion without any risk,” Saha told Anandbazar Patrika.

“Covid test was taken on the same day. The next day the report came negative. The second day I was also tested. The result was negative. Yet I was not allowed to leave the seclusion. Because by then fever had started coming. After the test on the third day, the result was positive,” Saha added.

ALSO READ: If England players stand together, they will play in IPL 2021: Kevin Pietersen

The veteran cricketer further revealed that he felt scared along with his family given the present situation surrounding the virus in India.

“I was certainly scared,” Saha said. “A virus that has brought the Earth to a standstill, after being infected by it, I was bound to feel scared. Everyone in the family was very worried. We reassured them through video calls that there is no reason to be afraid. I am being taken care of enough.”

ALSO READ: Revealed: How much Australian players will earn if they don't return for IPL 2021

Saha further revealed that he is on the road to recovery and is improving with each passing day.

“There is no more discomfort in the body. The fever is not coming. Colds and coughs have also decreased. It goes without saying that there is no pain in the body. I don’t understand if there is fatigue at all. As long as I don’t start practicing, it is not possible to understand. I want to tell the supporters, don’t worry. I’m almost healthy,” Saha said.

Saha has been named in the India squad for the World Test Championship final and England series pending a fitness test.