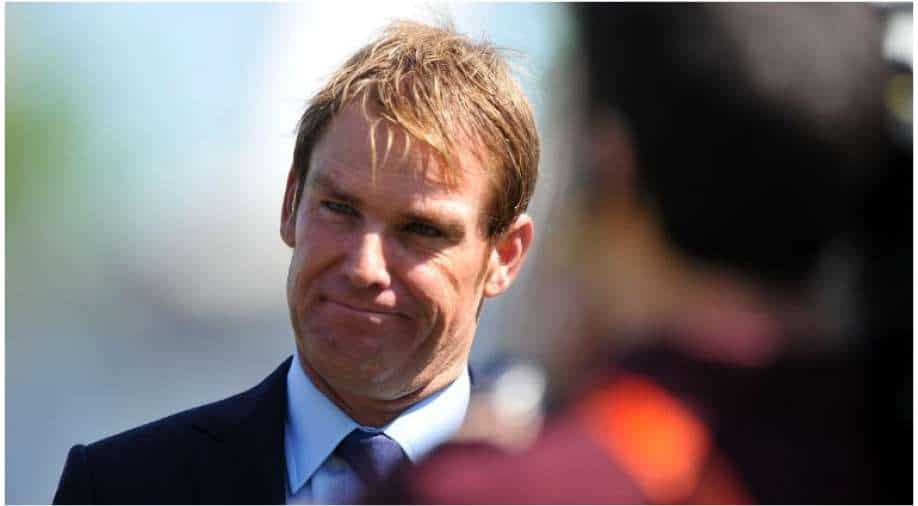 Recently, Shane Warne has dropped a bomb by revealing that he was offered a whopping amount (a hefty $276,000) to underperform in a Test match against Pakistan in Karachi in 1994.

Aussie spin wizard Shane Warne remains a big name in world cricket. Warner ended with 708 wickets in the purest format of the game, being the second-highest wicket-taker in whites to date. However, the superstar cricketer endured several controversies during his illustrious career for his national side.

Recently, Warne has dropped a bomb by revealing that he was offered a whopping amount (a hefty $276,000) to underperform in a Test match against Pakistan in Karachi in 1994. In his upcoming documentary 'Shane' on Amazon Prime, Warne said tainted Pakistan cricketer Saleem Malik told him, “I need to see you.” He added, "We’re feeling pretty confident that we’re going to knock over Pakistan. I knock on the door, Saleem Malik answers the door. I sit down, and he goes, ‘Good match we’ve got going’. I went, ‘Yep, I think we should win tomorrow though’."

Warne then went onto add that Malik offered him and teammate Tim May a $276,000 bribe to bowl a string of wides and not look for wickets.

Warne further told, "When you talk about match-fixing now, people hope it doesn’t go on. Back in that time, 30 years ago, there was no talk about it. It had never raised its head anywhere in any sport. When he offered me that, it was a bit like, ‘What the hell?’ I was blown away, I didn’t know anything about it."

Later, Warne revealed that May and he went onto inform captain Mark Taylor and coach Bob Taylor about the whole turn of events and the matter was reported to the match-referee. As a result, Malik paid the price for ultimately being given a life ban from the gentlemen's game in 2000.

At present, Warne remains very vocal about the gentlemen's game and often shares his views on various platforms. Currently, the Australian cricket team is involved in Ashes 2021 versus England, at home. After claiming the series 3-0 and retaining the urn, the Pat Cummins-led hosts are now aiming for a series whitewash and are already in the driver's seat in the ongoing fourth and penultimate Test at SCG, Sydney.