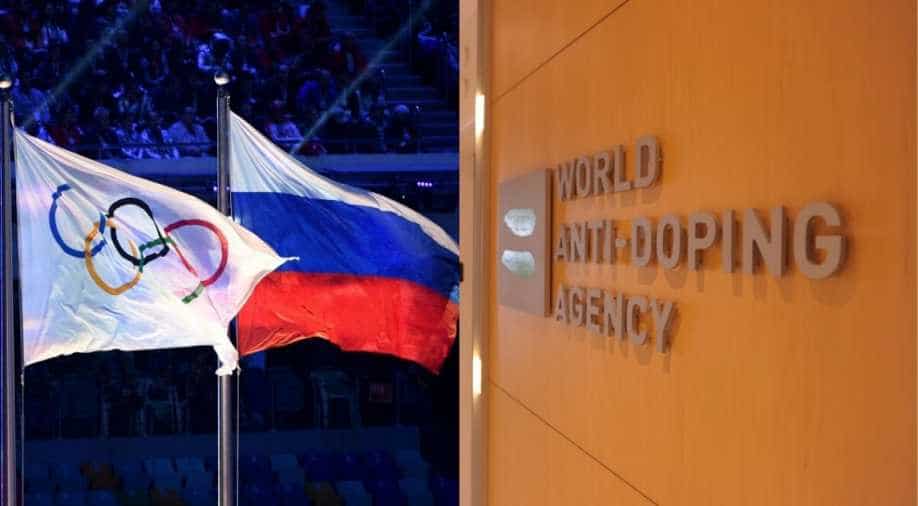 The decision was taken by WADA's executive committee after the Compliance Review Committee (CRC) called for the proposed sanctions.

Russia was banned from all sporting competitions including the Tokyo 2020 on Monday after the World Anti-Doping Agency (WADA) ruled to punish the country for manipulating laboratory data, the Russian TASS news agency reported.

The decision was taken by WADA's executive committee after the Compliance Review Committee (CRC) called for the proposed sanctions in a 26-page report.

"WADA's executive committee approved unanimously to assert a non-compliance on the Russian anti-doping agency for a period of four years," he added.

CRC had earlier declared the Russian Anti Doping Agency (RUSADA) to be non-compliant after the data handed over by the tainted Moscow laboratory was found to be "neither complete nor fully authentic".

The four-year ban was one of the several "strong proposed consequences" by CRC over Russia which was to start "on the date on which the decision that RUSADA is non-compliant becomes final".

The sanctions effectively strip the agency of its accreditation.

Russia is now to face a four-year ban on participation in international sporting events. Russian athletes and their personnel support will only be allowed to participate if they can prove that they are not associated with the Russian doping scandal, even then they will not be allowed to represent the Russian Federation.

"They are going to have prove they had nothing to do with the non-compliance, (that) they were not involved in the doping schemes as described by the McLaren report, or they did not have their samples affected by the manipulation," Fitzgerald said.

Russia will not be allowed to host or bid to host any major sporting events. If Russia had already won a bid, the hosting rights will now be transferred to another country unless "it is legally or practically impossible to do so." The ban has threatened Saint Petersburg's staging of three games and a quarter-final for Euro 2020.

The country will also not be allowed to bid for the right to host 2032 Olympic and Paralympic Games, irrespective of whether the bidding takes place during or after the four year period.

Russian government officials and representatives will now be banned from attending and participating in events of any signatory to World Anti Doping Code. They are also to be barred from the boards, committees or any other bodies of the same.

Russia’s flag also may not be flown at any major event staged in the four-year period.

RUSADA’s chief Yury Ganus had earlier said that he expected WADA to uphold the recommendations as “that’s the reality”.

"Honestly, I am waiting for the president to take an active part in this," Ganus told reporters.

“There are a lot of problems in sports here but the most difficult and tragic thing is that our athletes have become hostages of the actions of our sports officials...We need to push through real changes...We need new sports leaders,” he added.

Several Russian officials have stated the call for sanctions as unfair and a western attempt to sabotage the country's attempt to become a global sports power.

Russian Prime Minister Dmitry Medvedev on Thursday had admitted that the country has committed a sin and urged the authorities to get tougher on doping problems.

"We do have a problem with doping and this is unacceptable," he said.

"We should adopt a tougher line on this matter, towards those taking the decisions on the use of these substances."

"Here we have committed a sin," he acknowledged while adding "Are other countries without sin?"

If RUSADA appeals the imposed sanctions, the case will then be referred to the Court of Arbitration for Sport (CAS).

The ban is the latest in Russia’s doping saga which is being dragged since 2015 which found more than 1000 Russian athletes being benefited from the state-supported doping program in the period of 2011-2015, a period that included 2014 winter Olympics that were held in Russia.