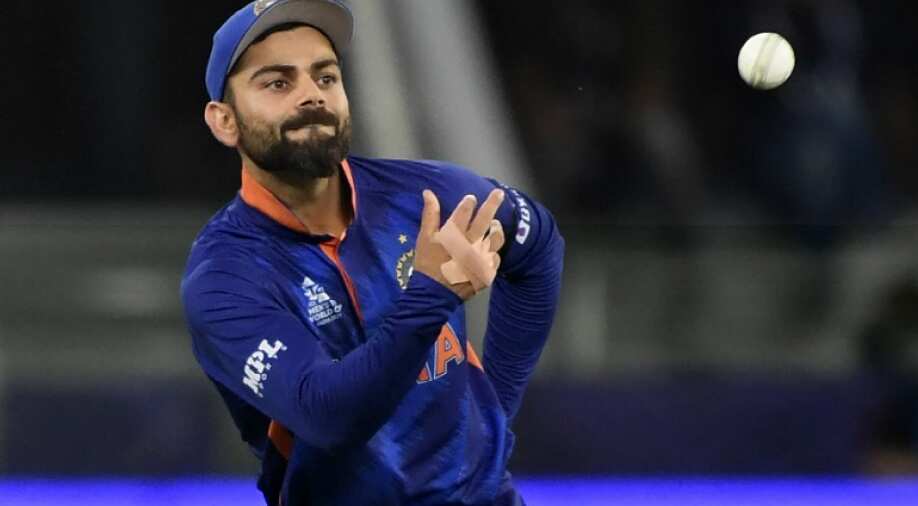 Virat Kohli has reportedly decided to pull out of India's upcoming ODI series against South Africa due to personal reasons.

After Rohit Sharma's hamstring injury forced him to pull out of the upcoming three-match Test series against South Africa on Monday (November 13), Virat Kohli has reportedly decided to opt out of the ODI series against the Proteas. India are scheduled to tour South Africa later this month for a three-match Test series followed by as many ODIs. While Kohli will be leading the team in Tests, newly-appointed white-ball captain Rohit will lead in the ODI series.

However, both Rohit and Kohli are unlikely to play together during the South Africa tour. As per a report in the Times of India, Kohli will not take part in the ODI series as it coincides with the first birthday of his daughter Vamika. Kohli had informed the Board of Control for Cricket in India (BCCI) in advance that he will be opting for a break in January this year.

While Kohli will be missing the ODI series due to personal reasons, Rohit will not be part of the Test series after picking up a hamstring injury while training in Mumbai. BCCI on Monday had announced that the Test vice-captain will miss the three-match series with Priyank Panchal named his replacement.

As per the report, Kohli's decision has nothing to do with the ongoing controversy surrounding the change in ODI captaincy in Indian cricket. Rohit replaced Kohli as the ODI captain last week. While announcing India's Test squad fo the South Africa series, the board confirmed that Rohit will be leading India in ODIs as well from the upcoming South Africa tour.

Rohit had earlier been appointed as the T20I captain of the team after Kohli decided to step down from the post following the conclusion of the T20 World Cup 2021. While the move didn't surprise many, the manner in which it was announced by the BCCI left many miffed.

Also Read: Rohit heaps praise on Kohli: He led from the front, there was determination to win every game

The development has since become the biggest talking point among the cricket fraternity with several former cricketers and experts sharing their views on the matter. While Kohli will miss the ODI series, Rohit is expected to return to full fitness by the time and should be available to lead the team in the three matches.