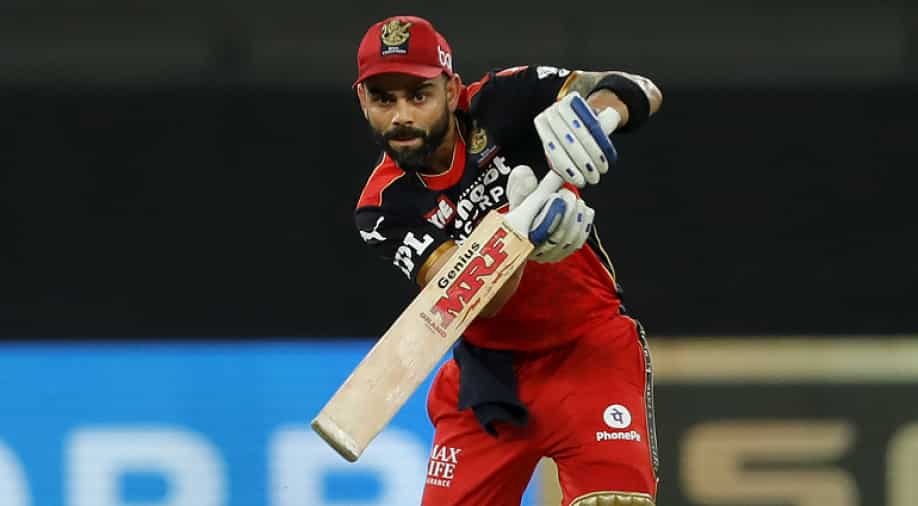 Royal Challengers Bangalore (RCB) skipper Virat Kohli achieved yet another massive milestone as he became the first Indian batsman to complete 10,000 runs in T20 cricket on Sunday (September 26). Kohli, who is known for shattering records with the willow, completed his 10,000 runs in the shortest format in his side RCB's clash against Mumbai Indians (MI) at the Dubai International Stadium in Dubai.

Kohli, who was only 13 runs away from becoming the first Indian batsman to reach the elusive milestone, achieved the fest in Jasprit Bumrah's over. Kohli looked in sublime touch once again as he notched up his second successive half-century in IPL 2021, against MI on Sunday. Kohli scored 51 off 42 balls and posted a 68-run stand for the second wicket with KS Bharat (32) after opener Devdutt Padikkal was sent packing on a duck.

Also Read: Twitter in awe of Virat Kohli-MS Dhoni's bromance as RCB skipper hugs MSD from behind after IPL clash

Kohli now has 10038 runs in T20 cricket and has surpassed Australia's David Warner (10019) to move to the fourth spot on the list of highest run-getters in T20 cricket. The elite list is topped by Chris Gayle, who has a staggering 14,275 runs to his name in the shortest format followed by Kieron Pollard (11195) and Shoaib Malik (10808). Kohli has played T20 cricket for Team India, RCB and Delhi in his career.

Kohli was also the first Indian batsman to complete 6,000 runs in the Indian Premier League. He is currently the all-time leading run-getter in the history of IPL with 6185 runs from 202 matches at a brilliant average of over 37. Kohli also holds the record for scoring the most runs in a single season.

He had amassed a staggering 973 runs in 16 matches in IPL 2016 - most by any batsman in a single season of the league.