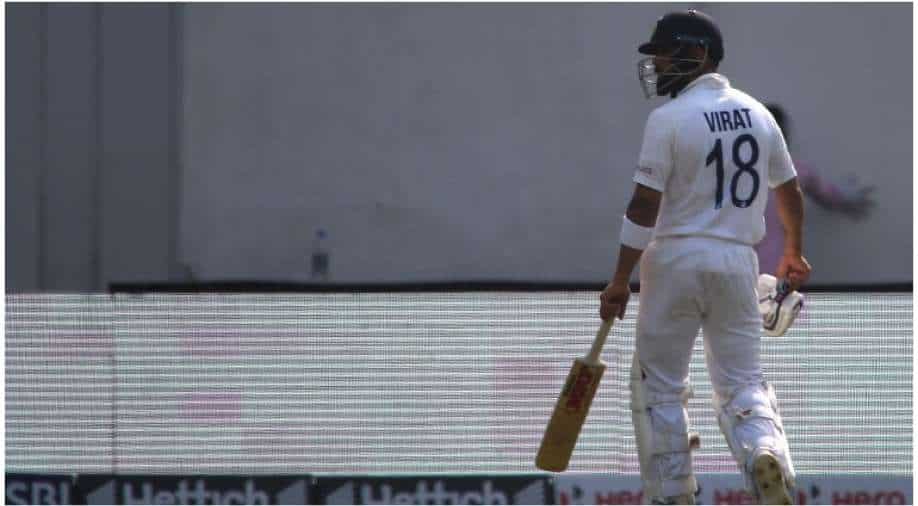 Virat Kohli achieved two unwanted records under his belt on his return to international cricket during Day 1 of the Mumbai Test.

Virat Kohli-led Team India locked horns with New Zealand in the second and final Test on Friday (December 3) at the Wankhede Stadium, Mumbai. Winning the toss, Kohli & Co. opted to bat first and were off to a great start. From 80 for no loss, India slipped to 80 for 2 with Shubman Gill (44) and Cheteshwar Pujara (0) returning back to the pavillion in no time.

Kohli, who returned to action for the first time since the T20 World Cup, walked out to bat with the team in crisis. However, he failed to open his account and was controversially deemed out lbw, off Ajaz Patel, to walk back for a 4-ball 0. Following his dismissal, the 33-year-old achieved two unwanted records under his belt.

With another duck in Tests, Kohli now is the only Indian captain to have failed to open his account on ten occasions. During the England tour early this year, the right-hander had leapfrogged his predecessor MS Dhoni (8) to have nine ducks as Indian captain in the purest format. With this, he is joint-second -- along with former South Africa skipper Graeme Smith -- in the overall list of most ducks by Test captains whereas NZ's Stephen Fleming leads the chart (13). Dhoni, Michael Artheron and Hansie Cronje are tied at the third position with 8 ducks each.

ALSO READ | Virat Kohli said nothing about it: Laxman surprised with Rahane, Jadeja and Ishant's injuries for 2nd Test

In addition, Kohli now has registered 6 ducks (the most) while playing at home as Indian captain. He shared the top spot with MK Pataudi prior to the Mumbai Test and now has gone onto take the numero uno position in the unwanted list.

Talking about the opening day's play of the Mumbai Test, India rode on Mayank Agarwal's fourth ton (120 not out) and valuable knocks from Gill, Shreyas Iyer and Wriddhiman Saha (unbeaten on 25) to reach 221-4 at stumps on Friday. From NZ's perspective, Ajaz Patel claimed all four wickets.