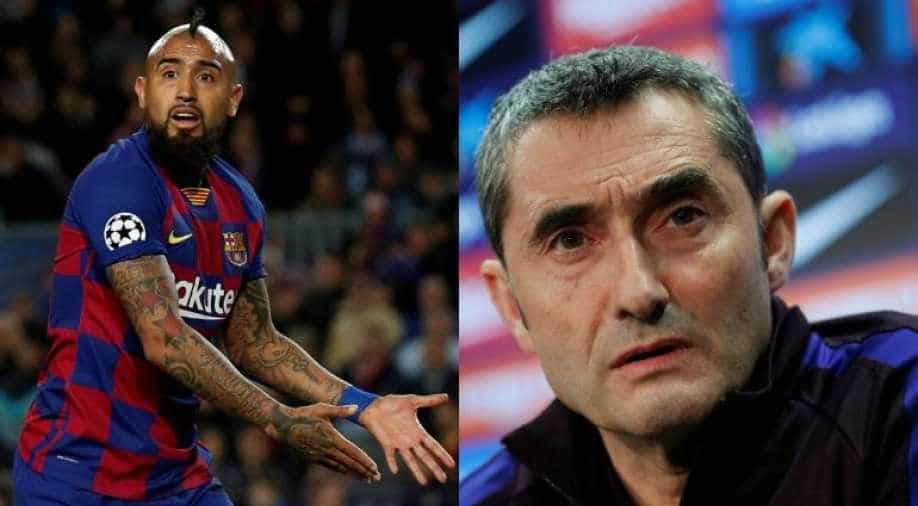 Midfielder Arturo Vidal's decision to sue Barcelona over a dispute about bonus payments will not affect his standing in the team, coach Ernesto Valverde said.

"In contractual situations, there's always a difference of opinion and the issue will be resolved internally," Valverde told a news conference ahead of Barca's La Liga match at Espanyol on Saturday.

"We all know Arturo here, he is the same as always and that's that, I don't see any problem. I don't think this will have any impact on the pitch and that's all I'm concerned with. He's training well at the moment."

Barca has declined to comment on the complaint, while Vidal said it is “unfair” he has not received all of the 4.1 million euros his people believe he is owed in total in appearance bonuses.

The complaint came a month after Vidal said he would look to leave the club if he did not get more playing time.

The former Juventus and Bayern Munich midfielder has started only four La Liga games this season but could be set for a bigger role after Arthur Melo was ruled out for three more weeks with a groin injury and Carles Alena joined Real Betis on loan.

Barca holds a two-point lead over Real Madrid at the top of the standings and faces an Espanyol side who are bottom of La Liga but will be playing their first game under new coach Abelardo Fernandez.

Valverde added that goalkeeper Marc-Andre ter Stegen will miss the Espanyol game with a knee problem and was also doubtful for next Thursday's Spanish Super Cup semi-final in Saudi Arabia.

Barca will meet Atletico Madrid in Jeddah for a place in the Jan. 12 final against Valencia or Real Madrid.