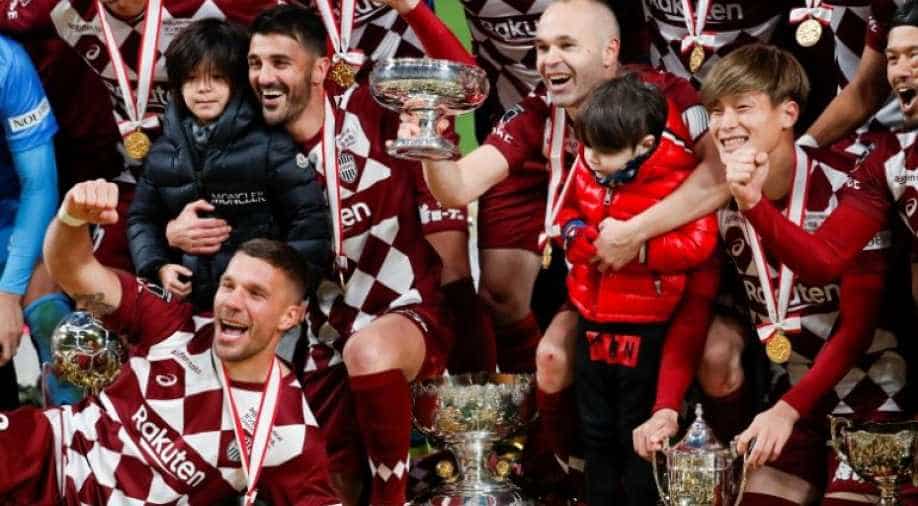 Andres Iniesta and David Villa will retire from their last football club - Vissel Kobe at age 37, having won the club their first silverware in the Emperor's Cup.

The first goal scored in the new stadium was an own goal from unfortunate Antlers defender Tomoya Inukai in the 18th minute before Kobe striker Noriaki Fujimoto added a second 20 minutes later following some more poor defending.

Wednesday's win marks the first time in their history that Kobe have their hands on some silverware and vindicates the high wages forked out by owner Hiroshi Mikitani in recent years.

Wednesday's match also saw the last appearance for former Barcelona and Atletico Madrid striker David Villa, who will retire at the age of 37.

Watch: End of an era as Iniesta says 'goodbye' to FC Barcelona

Villa, who has been struggling for fitness, only came on for the last few minutes of the contest but was greeted by rapturous cheers from the Kobe fans after a successful season that saw him score 13 goals in 28 league matches.

Villa scored 59 times for Spain during an illustrious career that saw him win the World Cup and European Championship with his country and the 2011 Champions League with Barcelona.