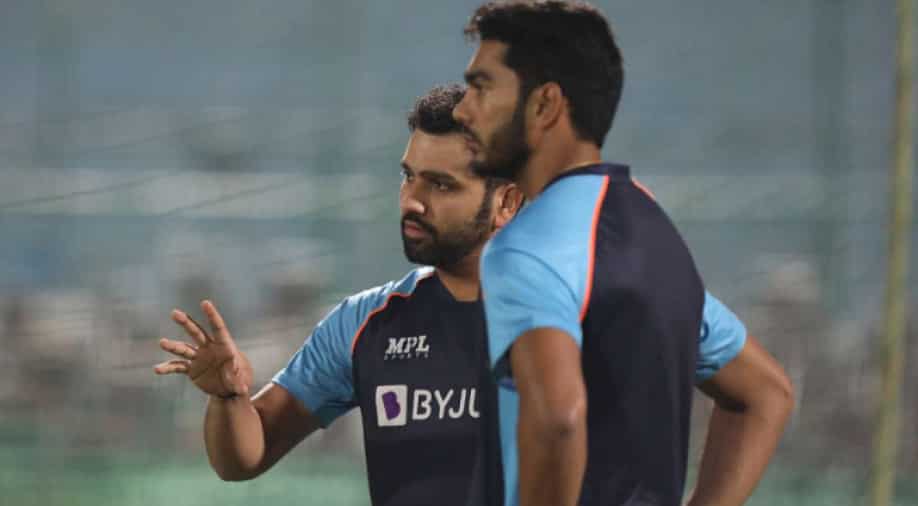 Young all-rounder Venkatesh Iyer is likely to be named in India's squad for the upcoming ODI series against South Africa. Iyer has been making waves with his performances in the ongoing Vijay Hazare Trophy.

Venkatesh Iyer's rise has been a phenomenal one. He is one of the most exciting youngsters in Indian cricket at present and has already made his T20 debut for the country after impressing for Kolkata Knight Riders (KKR) in the Indian Premier League (IPL) 2021. Iyer is in line to make his ODI debut after playing T20Is for India and is likely to be named in the ODI squad for the upcoming tour of South Africa.

Iyer had played an instrumental role in helping KKR reach the final of IPL 2021 with his splendid performances in the second leg of the tournament in UAE. In his debut campaign in the IPL, Iyer scored 370 runs and picked up 3 wickets in the tournament and has continued his purple patch in the ongoing Vijay Hazare Trophy where he is currently the second-highest run-getter of the tournament with 348 runs from four matches so far.

With Hardik Pandya currently recovering from his injury at the National Cricket Academy, selectors are certain to pick Iyer as an all-rounder in India's ODI squad for the South Africa series, as per a report in PTI. Besides his explosive batting, Iyer has also been impressive with the ball in the Vijay Hazare Trophy and has eight wickets to his name in four matches in the tournament.

"Venkatesh is surely going to South Africa. He is bowling 9 or 10 overs in every game and with Hardik still recuperating, it is the best time to give him chance and get him battle-ready for the bigger events ahead," a BCCI source was quoted as saying by PTI.

While he is an opening batter, Iyer is likely to be used in the middle-order for India and can be groomed as a finisher looking forward to the T20 World Cup next year and the ODI World Cup in 2023. With captain Rohit Sharma and KL Rahul set to continue as openers and Ishan Kishan also in the fray, Iyer will have to adapt to middle-order.

"The new team management absolutely did the right thing in advising him to bat in the middle order. As of now, if he doesn't get injured, Venkatesh is a certainty for the South Africa one-dayers," said the BCCI source.

Apart from Iyer, another youngster who is in contention to feature in the ODI squad is Ruturaj Gaikwad, who has been absolutely bossing it with the bat in the ongoing Vijay Hazare Trophy after a stellar IPL 2021 season where he bagged the Orange Cap for being the highest run-getter of the tournament.

While Gaikwad has been knocking at the selectors' door for a while now, the right-hander might still be behind Shikhar Dhawan in the pecking order. Dhawan is likely to get a few chances in the ODI series against South Africa before he is sidelined for someone like Gaikwad.

"He has the ability to score runs just when he has back to the wall. So while Gaikwad should be there in the squad, I think selectors might give one last chance to Dhawan, maybe take him and give him a game or two," he added.