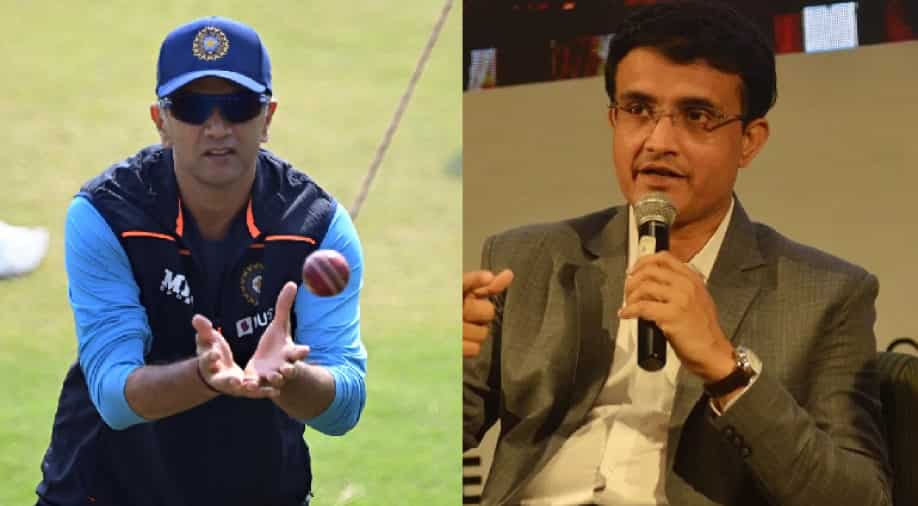 Board of Control for Cricket in India (BCCI) president Sourav Ganguly recently shared a heartwarming anecdote about India's current head coach Rahul Dravid. Ganguly lauded Dravid for his humble nature despite being one of the legends of the sport. Dravid, who is regarded as one of the greatest batters of all time, had taken over as India's head coach in November this year.

Speaking about Dravid's humility despite his glorious achievements in cricket, Ganguly shared an interesting anecdote from the recently-concluded first Test between India and New Zealand in Kanpur. Ganguly revealed Dravid was carrying cones and wickets back to the dressing room after a practice session in Kanpur which reflected his down-to-earth character.

“I wish him (Dravid) all the best. I heard that in Kanpur, after the day’s practice he was picking up the cones and wickets and balls and bringing them back to the dressing room. It must have been a great sight for cameramen and photographers to see Rahul Dravid do that (smiles). But he is that sort of a person," Ganguly said in an interview with News18.

"We will support him and Rohit and Virat in test cricket whichever way they want," added the BCCI president.

Gangly and Dravis shared a number of years together playing for India and represented the team across formats. The two greats share a cordial relationship between them and Ganguly had earlier revealed he had personally convinced the batting legend to take up the India head coach job.

Dravid was heading the National Cricket Academy (NCA) in Bengaluru and was not sure about staying away from his family for the most part of the year as the India head coach job would require him to travel across the globe almost throughout the year.

However, Dravid later agreed to take up the all-important role and replaced Ravi Shastri, whose tenure as the head coach of the team came to an end after the conclusion of the T20 World Cup 2021.