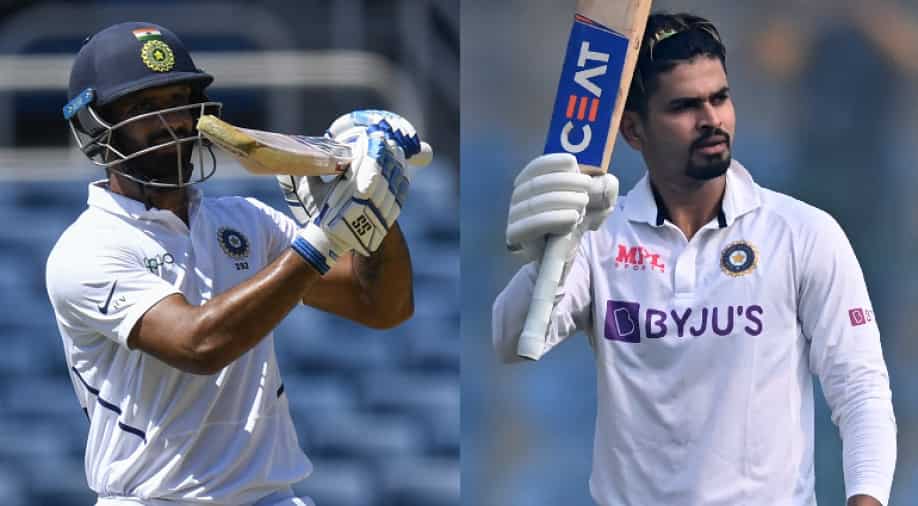 Former chief selector MSK Prasad has weighed in on India's middle-order conundrum with Shreyas Iyer and Hanuma Vihari in contention for a spot in the playing XI.

Hanuma Vihari was dropped from India's Test squad for the recently-concluded two-match series against New Zealand at home. The middle-order batter, who was last seen in action for Team India on the tour of Australia last year, was sent to South Africa with India A side to take part in the unofficial Test series against South Africa A.

However, Vihari is now back in the squad for India's upcoming tour of South Africa later this month. Team India will play three Tests in the rainbow nation starting from December 26. With Shreyas Iyer impressing in the middle-order in his debut Test series against the Kiwis, the Indian team management is set to face a selection headache.

Both Vihari and Iyer are in contention to feature in the middle-order against South Africa and it remains to be seen who will make the cut in the playing XI for the first Test. Ahead of the tour, former India chief selector MSK Prasad has weighed in on the debate and said Vihari deserved a place in the squad for the New Zealand series at home instead of being sent with the India A team.

"First, of all, he was deserving of a place in the squad for the New Zealand series at home. I think since he was not going to get an opportunity, they would have sent him for India A tour. Now in the 2nd unofficial Test, he has hit two (three) half-centuries. Yes, having somebody who has done well in away series in England, Australia and West Indies. If you are looking at a youngster, then Hanuma Vihari should be played," Prasad was quoted as saying by India Today.

Vihari showcased great form in the series against South Africa A and slammed three consecutive fifties. He has done well overseas for Team India and can also send down a few overs if required. However, Prasad believes the selection will depend on the conditions and what role the Indian team management is expecting the two batters to play in the Test series.

"A lot depends on what they are expecting from the player, the role he is going to play. Hanuma Vihari is a guy who is solid in his technique. Similarly, Shreyas Iyer is someone who can bring in a little aggression," explained Prasad.

"So it all depends on the batting order and what kind of role that the team management expects of their middle-order batter. Based on that, one of them can be given an opportunity," he added.