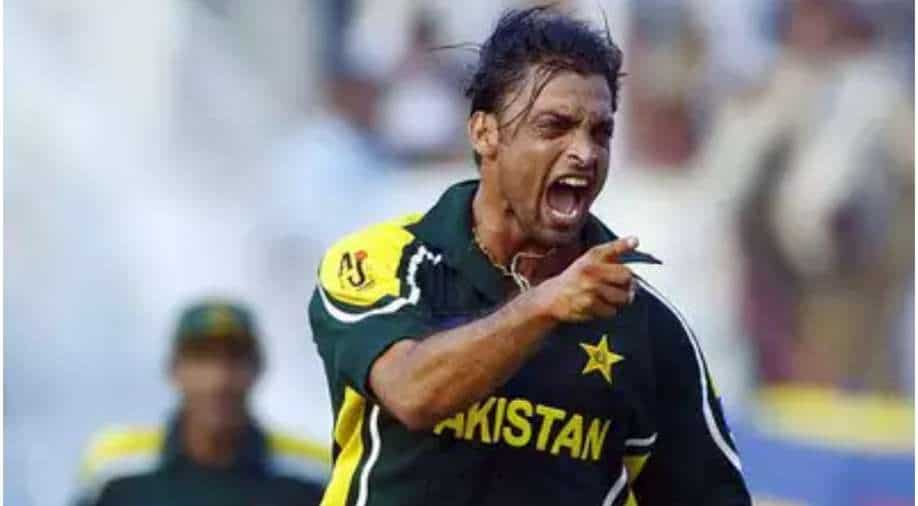 During the 2003 ODI World Cup, Shoaib Akhtar had made heads turn by bowling the fastest delivery in cricketing history; bowling at a mammoth 161.3 kph (100.23 mph) -- versus England. He recently revealed how he broke the 160kph barrier:

Shoaib Akhtar remains a huge name in world cricket. Akhtar ended his illustrious international career with a total of 444 scalps. He was known for his ferocious pace, bounce and ability to rattle the batter's mind even before bowling to him.

During the 2003 ODI World Cup, the former Pakistan speedster Akhtar -- also known as the Rawalpindi Express -- had made heads turn by bowling the fastest delivery in cricketing history; bowling at a mammoth 161.3 kph (100.23 mph) in a group stage match versus England at Cape Town. Recently, the legendary pacer revealed how he clocked the 160kph mark at the international level.

“When you touch 155 kph as a bowler, remember that you have another 5 kph inside you. However, adding that extra pace to your bowling requires specific training. Before I broke the 100 miles record, I was bowling at speeds of 157-158 kph but I was not able to reach 160. I was a bit baffled over the same, wondering why it was not happening,” Akhtar said while talking to Sportskeeda.

Akhtar remains an inspiration for many bidding pacers across the globe. Many have imitated his action as well in the past. However, it would take them a whole lot of effort to come anywhere near Akhtar's illustrious feat, i.e. of bowling the fastest delivery in international cricket.