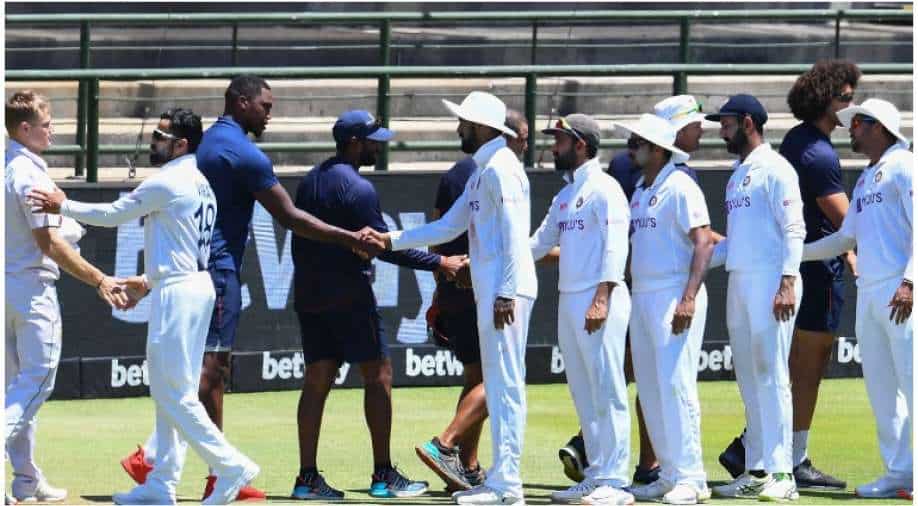 India lost the third and final Test versus Dean Elgar-led South Africa to lose the three-match series 2-1. On Friday (January 14), the Proteas resumed their 212-run chase with Keegan Petersen and Rassie van der Dussen in the middle. Petersen missed out on his maiden century (82) but did the job as the home side crushed past the No. 1 ranked Virat Kohli-led Indian team by 7 wickets.

With this, India missed a golden opportunity to win their first-ever Test series on South African soil. India have won a series in England, Australia (twice in a row) and in New Zealand, however, SA was their final frontier to conquer before conceding the series despite a 1-0 lead.

Talking about the third Test, Kohli-led India won the toss and managed only 223 in the first innings, thanks to Captain Kohli's gritty 79. In reply, Jasprit Bumrah's 5 for 42 restricted the Proteas for 210, enabling a vital 13-run lead for the visitors, before India only managed 198 in their second essay (courtesy Rishabh Pant's 100*). As a result, Elgar & Co. marched past the visiting side to win the contest, and series, by 7 wiclets.

Here's a look at the updated ICC World Test Championship post the SA-IND Test series in the African nation: 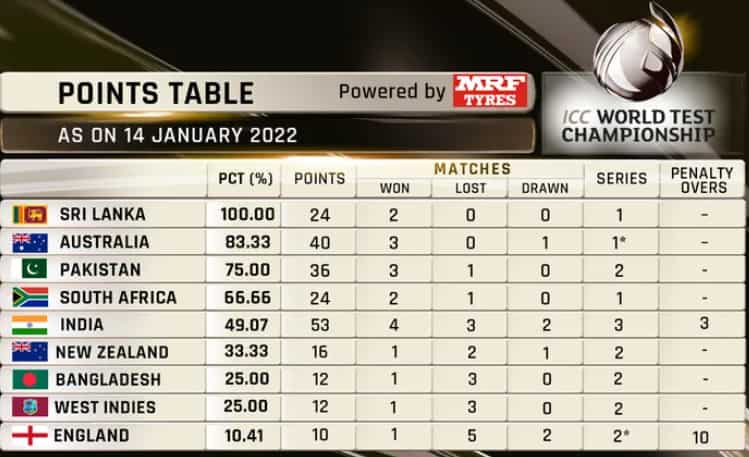 At the post-match presentation, Kohli told the broadcasters, " I think it's a great spectacle of Test cricket for all to see. We played well in the first game to win but South Africa bounced back well in the second and carried on the momentum in the third as well. There was some lapse of concentration from us as well in key moments. I thought South Africa performed better in those key moments and totally deserved the win."

On the other hand, Elgar told, "Pretty elated. Obviously will sink in a day or two, maybe this evening. Really proud. We were thrown under the sword quite a few times this series and the guys responded brilliantly. Obviously, to bounce back after losing the first game, to believe that we could still win. Extremely happy. (On how things turned around) Challenging your players, you need characters within the group and the bowling unit has been excellent all series. I had put up a challenge after the first game and the guys responded brilliantly. Helps to have a group that doesn't have any real big names, they like to rally together and play as one. And that's crucial. Extremely proud of this group of players that we have here."

A lot many changed are expected in the WTC points table following the conclusion of the fifth and final Ashes 2021/22 edition, Down Under, whereas plenty of action in the red-ball format will continue in the coming weeks.