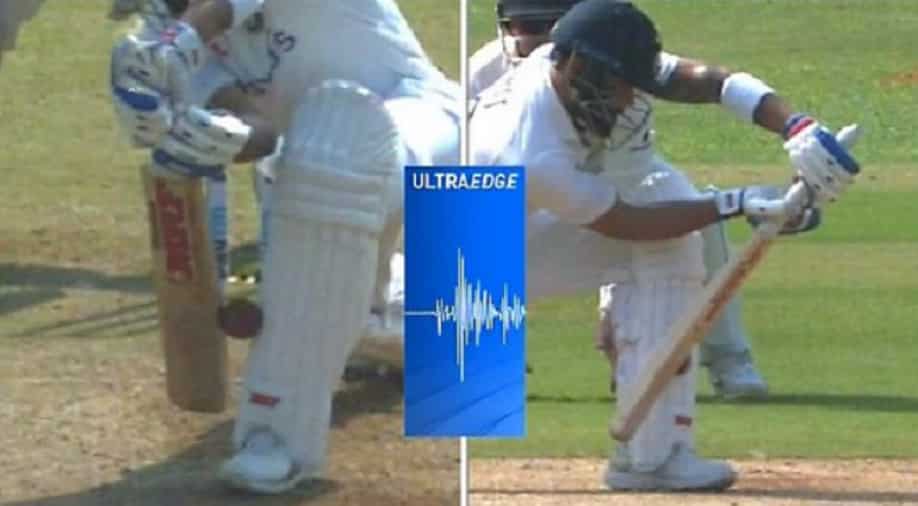 Virat Kohli was dismissed on a duck after a controversial decision in the 2nd Test against NZ. Photograph:( Twitter )

On Day 1 at the Wankhede Stadium, Kohli lost his wicket to NZ spinner Ajaz Patel, who took all 10 wickets and scripted history. Kohli's dismissal has left the cricket world divided.

Virat asked for a review for the leg before dismissal and the third umpire upheld the call of on-field umpire Anil Chaudhary. After watching the clip multiple times from different angles, TV umpire Virender Sharma signalled out.

The videos, however, suggested that the ball could have hit the bat first. During the match, he was heard saying, "Ball and bat and pad appears to be together. I don't have any conclusive evidence to overturn that."

Commenting on the same, Butt on his YouTube channel said, "A few decisions in this game have been this way (not upto the mark), especially Kohli's. The umpires looked nervous. At one point while checking Kohli's dismissal, they even forgot to check the ball-tracker to see if the ball is hitting the stumps."

"It was very visible that the ball struck the pads after hitting the bat. But they still deemed it inconclusive. Fact of the matter is that from straight on, it was clear that there was an inside edge. I don't see the point of going with the soft signal. The umpire hasn't been up to the mark," he added.

Kohli looked upset after the decision as he returned to the pavilion after having a word with the other on-field umpire Nitin Menon and hit the boundary rope with his bat.