Trolls are not real Indians: Mohammed Shami on facing online abuse after defeat against Pakistan in T20 WC 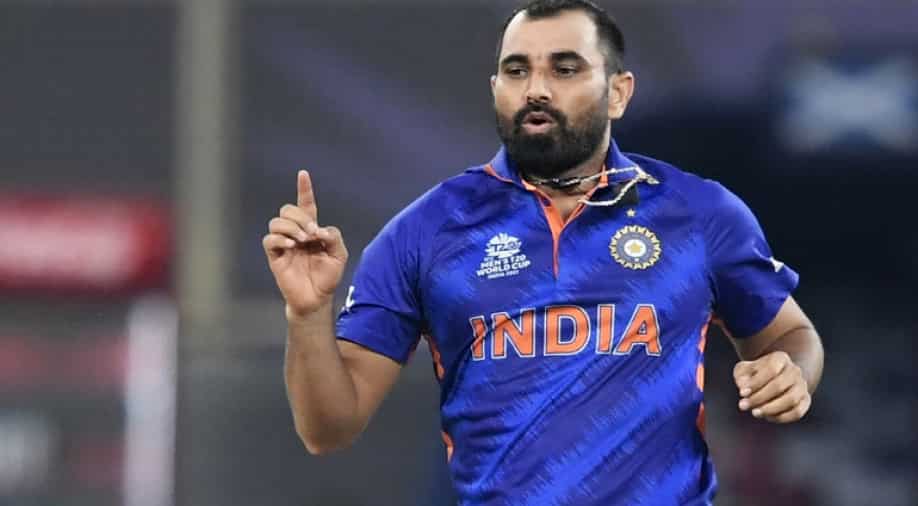 Indian pacer Mohammed Shami recently recalled the online abuse he was subjected to after India's loss against Pakistan in the T20 World Cup 2021 last year.

Indian pacer Mohammed Shami was subjected to horrific abuse on social media after the Indian cricket team's loss against Pakistan in the T20 World Cup 2021 last year. Babar Azam-led Pakistan had thrashed India by ten wickets in the game to bring an end to their losing streak against the arch-rivals in World Cup matches.

Shami, who was part of India's playing XI for the high-profile clash, had an average outing in the game. The senior fast bowler was trolled brutally on social media and was abused by many. Several former and current Indian cricketers had rallied behind Shami and extended support to him.

Recalling the abuse faced on social media, Shami said the trolls who disrespect a player based on his religion can never be true fans of the game or real Indians. The fast bowler also asserted that he never lets comments from such people affect himself or his game.

“There is no cure for this kind of thinking. Those who troll (on religion) are not real fans, nor are they real Indians. If you consider a player as a hero and then behave this way, you are not being an Indian supporter. And I feel one should not get hurt by comments made by such people," Shami was quoted as saying by Indian Express.

“There was just one thing going on in my mind. If I consider someone as my role model, I will never speak ill about that person. And in case someone is saying something hurtful to me, he can’t be my fan or a fan of the Indian team. So actually, I don’t mind what he says,” he added.

It was not the first time that an Indian athlete was subjected to vile abuse on social media for his performance on the field. However, Shami said the players know what they are and their duty is to play for the country and they do not need to prove anything to anyone.

“We know what we are, we don’t need to say what India means to us because we represent the country and we fight for our country. So we don’t need to prove anything to anyone by saying or reacting to such trolls," Shami said.

India suffered a terrible top-order collapse against Pakistan in the T20 World Cup 2021 clash as they were left reeling on 31/3 inside 6 overs before skipper Virat Kohli and Rishabh Pant helped the team recover and post a total of 152 runs on the board. In reply, Pakistan chased down the target without losing a wicket as Babar Azam and Mohammad Rizwan slammed unbeaten fifties apiece.