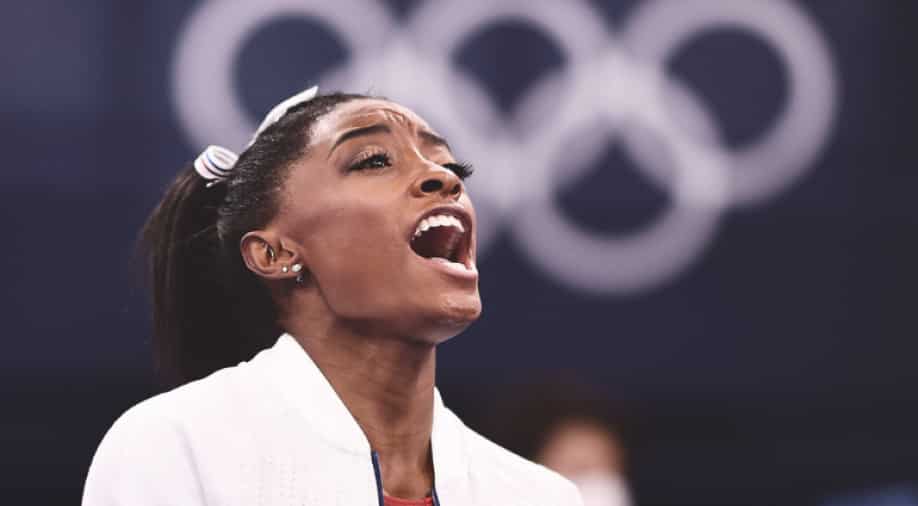 "Simone has withdrawn from the team final competition due to a medical issue," confirmed USA Gymnastics.

US gymnastics star Simone Biles has pulled out from the women's team gymnastic final event at the ongoing Tokyo Olympics 2020 on July 27 (Tuesday). The best gymnastic specialist in the world was eying the first of a potential six gold medals, however, she rather had to sit out after only one apparatus after seeming to capitulate to injury following the vault.

Simone Biles was supplanted in the US group subsequent to beginning Tuesday's Olympic women's team final. No explanation has been given, however, it seemed to be related to a right foot injury that potentially occurred in her opening vault. She was on the floor wearing her pants and jacket, but not her leotard.

“Simone has withdrawn from the team final competition due to a medical issue. She will be assessed daily to determine medical clearance for future competitions,” USA Gymnastics issued an official statement regarding her withdrawal.

Official statement: "Simone Biles has withdrawn from the team final competition due to a medical issue. She will be assessed daily to determine medical clearance for future competitions."

Thinking of you, Simone! pic.twitter.com/QA1GYHwWTv

Gymnastics' ruling body the FIG also confirmed on Twitter: "After one routine Simone Biles will sit out the rest of the women's team final."

Confirmed: After one routine, Simone Biles 🇺🇸 will sit out the rest of the Women's Team final in #ArtisticGymnastics at #Tokyo2020. #Olympics

The four-time gold medallist at the 2016 Rio Games was off to a dreary opening vault and afterward momentarily left the opposition floor, prior to getting back to join her teammates.

She was supplanted in the three closing routines on the uneven bars, shaft, and floor. Simone Biles qualified for all six finals accessible to her yet her exhibition was covered with uncharacteristic errors.

After a frustrating attempt in the first rotation of the women's team event, Simone Biles was implied by an 'R' on the competitor list before the bars started, demonstrating she would not proceed in the competition.

ROC's Vladislava Urazova (14.866) and Angelina Melnikova (14.933) delivered big numbers, the US needed a major score and Suni Lee conveyed it: 15.4. It's was the highest score of any athlete in these Olympics up until now.

In an Instagram post on Monday, the 24-year-old said she some of the time feels like she has "the weight of the world" on her shoulders.