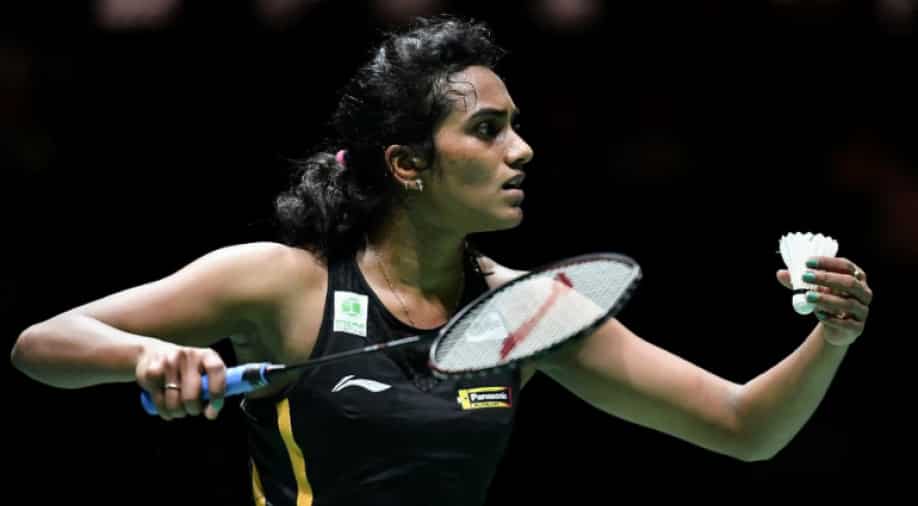 Tokyo Olympics 2020: After beating Mia Blichfeldt, PV Sindhu said that it is important to focus on the point instead of the match.

PV Sindhu of India advanced to the quarterfinals of the women's singles event at the Tokyo Olympics on Thursday, defeating Mia Blichfeldt of Denmark 21-15, 21-13.

Sindhu outplayed Mia in just 41 minutes, using aggressive and deceptive shots to keep her opponent on the move throughout the match.

Mia, who was ranked 11th in the world a few years ago and had ejected Sindhu from the Thailand Open in January this year, found the Indian star, who won silver at the Rio Olympics and is aiming for gold here, too strong on Thursday and was unable to play her usual game as Sindhu took control from the start.

After beating Mia Blichfeldt, PV Sindhu said that it is important to focus on the point instead of the match.

"A lot of people have told me that (rising to the occasion at big tournaments). I will take that as a compliment. But for me each and every game is important. It`s important to focus on every point, and not the match," Sindhu told Badminton World Federation (BWF).

Talking about her pre-quarterfinal match on Thursday, Sindhu said: "I started off well. In the first game, I was rushing in defence a bit but my coach told me that I was playing the wrong way and I was able to change how I played. And then in the second game, I think it was fine, I maintained the lead and was under control."