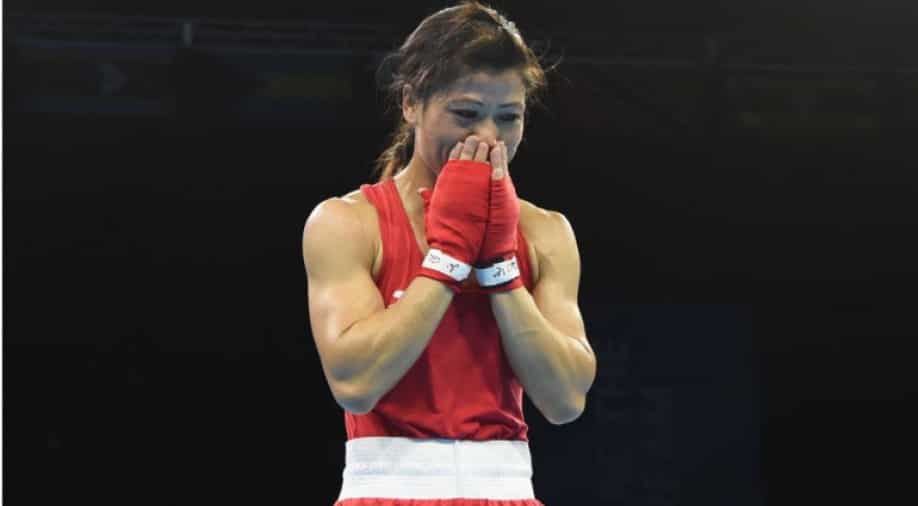 Presently it's a move forward in the test for the six-time titleholder. She faces 32-year-old Ingrit Lorena Valencia Victoria, who has a bronze medal from the Rio Olympics.

Indian boxer Mary Kom will expect to make a stride nearer to her second Olympic medal when she meets Colombia's Ingrit Lorena Valencia Victoria in the Round of 16 in the 51kg weight class at the Tokyo Olympics.

The 38-year-old made a sluggish beginning and won several rounds by split choices prior to going all out in the last round.

Presently it's a move forward in the test for the six-time titleholder. She faces 32-year-old Ingrit Lorena Valencia Victoria, who has a bronze medal from the Rio Olympics.

Both Ingrit Valencia, 32, and Mary Kom, 38, are the first female boxers from their respective nations to have won Olympic medals.

The last time the two met, Mary Kom beat Ingrit Valencia 5:0 in the quarter-finals of the 2019 big showdowns in Yekaterinburg, Russia.

Valencia Victoria likewise won the gold medal at the Pan American Games in 2019. The Colombian will be beginning her Tokyo Olympics venture subsequent to having received a bye in the first round.

Having won her opening round, Mary Kom will hope to take the force and get a win over Valencia Victoria, in spite of the fact that it very well may be an intense fight.
The 38-year-old Mary Kom will contend in the 51kg class.

A semi-final spot in boxing will ensure a bronze medal at the Tokyo Olympics.

Mary Kom's Round of 16 bouts against Colombia's Ingrit Lorena Valencia Victoria is scheduled at 3.36 pm IST at Kokugikan Arena on Thursday, July 29, 2021.