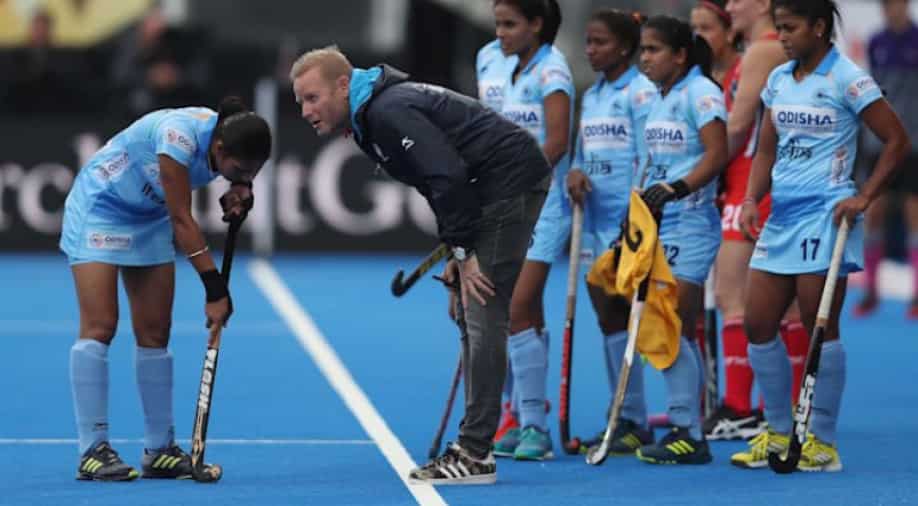 A video of Sjoerd Marijne is becoming a web sensation on the internet as he can be seen breaking down in tears as team India crushed Australia in the quarter-finals to arrive at the Olympics semi-finals.

History was scripted when the hooter was blown for the last time on Monday during the Indian women's hockey team quarterfinal match against Australia concerning the first run through in the set of experiences the Indian women's team got an Olympic semifinal billet.

Gurjit Kaur scored from a penalty corner in the second quarter was sufficient for India to progress to the detriment of three-time champions and world no.2 Australia. India put a tough execution all through the match and effectively guarded nine penalty corners in the match.

"How my heart was? It's still working. I was like but that's in every match in the last three games," women's team coach Sjoerd Marijne said.

"Oh man, what we've tried to do and what we have done is work match by match. What can we improve in the next one and the next one", he added.

Sjoerd Marijne brought up that his team was not particularly good at defending in the match.

"The defending was not good enough especially defending in the circle. So we focussed on that. It also helps keep your mind away from winning and losing," he said.

"It's all about the mindset. I told the girls that we have nothing to lose, so play free, and that's what we did today. It's like a dream come true. I think this is the Chak De India in reality," he added.

A video of Sjoerd Marijne is becoming a web sensation on the internet as he can be seen breaking down in tears as team India crushed Australia in the quarter-finals to arrive at the Olympics semi-finals.

Thank you chief, we love you. pic.twitter.com/5kKLlmWpJG

Coming into the match, the chances were absolutely against India as in world no.2 Australia, a powerful unbeaten rival, anticipated them.

Yet, Team India made a statement, delivered a solid and bold execution to squeeze out the restricted win over the mighty Aussies. Gurjit Kaur adapted to the situation when it made a difference and changed over India's solitary penalty corner in the 22nd minute to astonish the Australians.

India's best display in the Olympics returned way in the 1980 Moscow Games where they completed fourth out of six teams. In the current edition of the Games, women's hockey made its introduction in the Olympics and the game was played in a robin-round format with the top two teams fitting the bill for the final.

Next up for Rani Rampal and her group is Argentina, who beat Germany 3-0 in the second quarterfinal match.