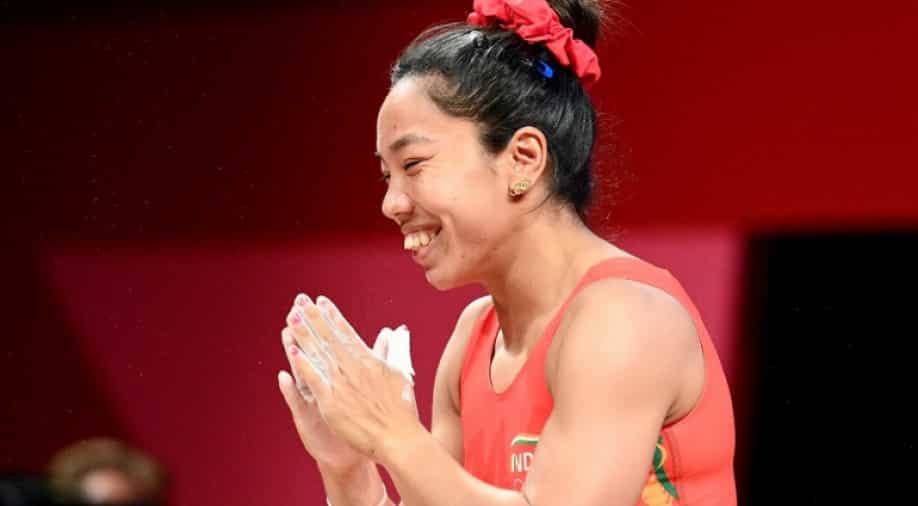 "I don't just belong to Manipur, I belong to the whole country,” she added in response to a query on what it meant for her as a Manipuri.

She was delighted to win her first medal for the country and expressed her happiness after the win. “I am very happy to win the first medal for India at these Games. I don't just belong to Manipur, I belong to the whole country,” she added in response to a query on what it meant for her as a Manipuri.

After winning the medal, she said, "Was determined to give my best, 2016 Olympics proved to be a learning curve: Mirabai Chanu. I tried my best to win gold medal, I wasn't able to win gold, but I really tried. When I did 2nd lift, I understood I'll bring a medal along with me. I'm very happy that I've won the medal. The entire country was watching me & they had their expectations, I was a little nervous but I was determined to give my best...I worked really hard for this."

Several sporting icons and politicians congratulated Mirabai Chanu for the win. India's President Ram Nath Kovind wished Chanu on her outstanding win. Taking to his Twitter, he wrote, "Heartiest congratulations to Mirabai Chanu for starting the medal tally for India in the Tokyo Olympics 2020 by winning silver medal in weightlifting."