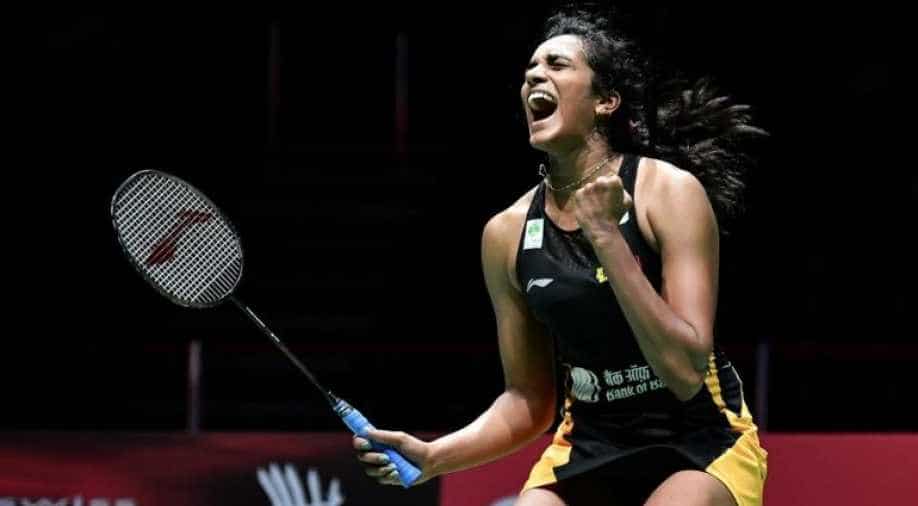 With this win, PV Sindhu heads into a 'challenging' knockout round. The defending silver-medalist is looking to win a gold medal for India.

Indian badminton star PV Sindhu progressed into the Round of 16 in the women's singles after beating Hong Kong's Cheung Ngan Yi in straight sets at the Tokyo Olympics 2020 on Wednesday.

PV Sindhu dominated Cheung Ngan Yi since the start of the match after taking a 12-point  lead in the first set which she won convincingly. Ngan HYi fought back well in the second round, however, the Indian shuttler got the better of her and beat her 21-9, 21-16.

With this win, PV Sindhu heads into a 'challenging' knockout round. The defending silver-medalist is looking to win a gold medal for India.

PV Sindhu in women's singles and Sai Praneet in men's singles is India's only hope in badminton at the Tokyo Olympics 2020 after men's doubles pair of Satwiksairaj Ranikreddy and Chirag Shetty crashed out of the Games even after winning their final group game 21-17,21-19 against the British pair of Ben Lane and Sean Vendy.

Sindhu missed out on Gold last time due after Spain's Carolina Marin proved too good for her. However, Carolina Marin's withdrawal could prove like a 'Golden' chance for PV Sindhu.

In other sport, the women's hockey team lost to defending champions Great Britain 1-4. Archer Tarundeep Rai lost to Itay Shanny of Israel 5-6 via shoot off in the Men's Individual 1/16 Elimination round and crashed out of the Games.