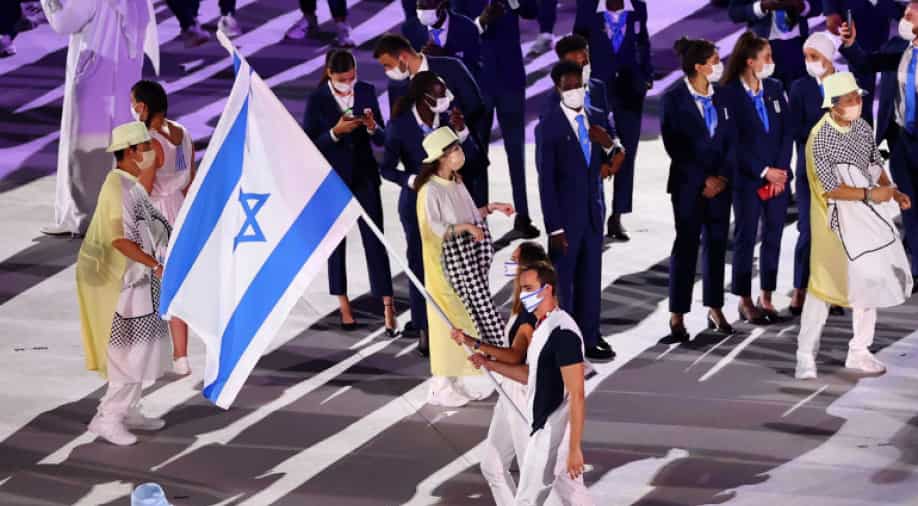 The families of the 11 victims had long asked the International Olympic Committee to hold a minute's silence at a Games opening ceremony.

Israeli Olympic team members killed by Palestinian gunmen at the 1972 Munich Olympics were remembered during the Tokyo Olympics opening ceremony on Friday with a moment of silence, the first time this has happened.

The families of the 11 victims had long asked the International Olympic Committee to hold a minute's silence at a Games opening ceremony, but had until Friday been turned down.

"We, the Olympic community, also remember all the Olympians and members of our community who have so sadly left us, in particular we remember those who lost their lives during the Olympic Games," said an announcer during the opening ceremony.

"One group still holds a strong place in all our memories and stand for all those we have lost at the games - the members of the Israeli delegation at the Olympic Games Munich 1972," the announcer added as the stadium darkened and soft blue light illuminated parts of the arena.

On Sept. 5, 1972, members of the Israeli Olympic team were taken hostage at the poorly secured athletes’ village by Palestinian gunmen from the Black September group.

Within 24 hours, 11 Israelis, five Palestinians, and a German policeman were dead after a standoff and subsequent rescue effort erupted into gunfire.

Relatives of those killed had sought for them to be remembered at opening ceremonies but the IOC had previously ignored those requests.

Instead of a ceremonies commemoration, the IOC in 2016 inaugurated the Place of Mourning in a leafy part of the Olympic village at the Rio de Janeiro Olympics to remember those who had died during the Olympic Games, with two of the Israeli victims' widows present.

The Place of Mourning featured two stones from ancient Olympia encased in glass and had been described as "closure" at the time by Ankie Spitzer, widow of her Israeli fencing coach husband Andre.