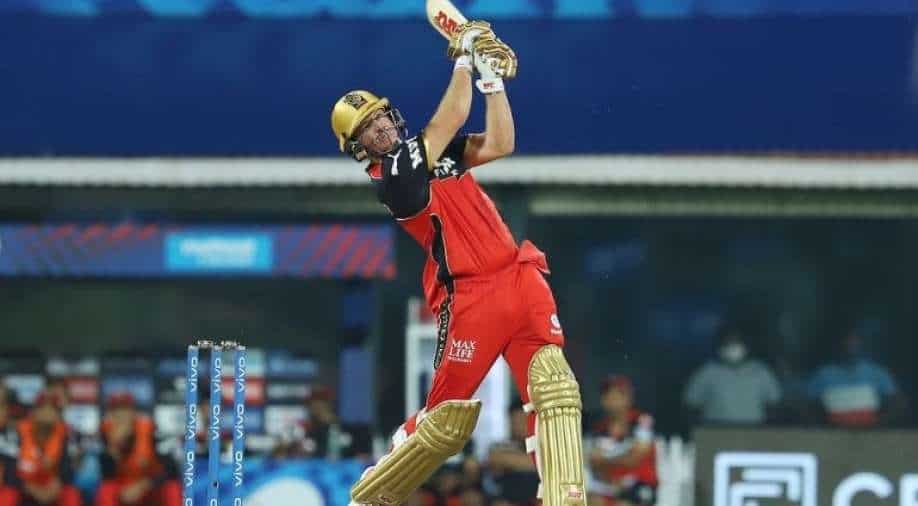 West Indies batting legend Brian Lara was mighty impressed with ABD's knock and said that he was timeless.

Royal Challengers Bangalore star AB de Villiers rescued the team and ended the season opener jinx for the franchise as they beat Mumbai Indians by two wickets at the Chepauk Stadium in Chennai.

West Indies batting legend Brian Lara was mighty impressed with ABD's knock and said that he was timeless.

“He is timeless. He has got the experience. IPL is the only form of cricket he is playing at the moment. I suppose he is keeping fit and ready for it. At this stage, when you lost Virat Kohli, RCB needed him to come good. He was explosive at the right time, he controls the game. He came in after Glenn Maxwell as well, he controlled the game and got them home,” Lara told Star Sports.

Royal Challengers Bangalore won the toss and decided to bowl first. Mumbai Indians got off to a steady start as openers Rohit Sharma and Chris Lynn smashed few boundaries. However, skipper Sharma departs after getting run-out after a tragic mixup.

In pics: Here are some major records CSK skipper MS Dhoni can shatter in IPL 2021

Lynn followed Yadav as he soon was dismissed by Sundar and was one run short of a half-century. He scored the most runs for Mumbai Indians in this match after scoring 49 runs off 35 balls (four 4s, three 6s).

After Lynn's dismissal, Pandya and Ishan Kishan tried stabilising the innings. However, Harshal Patel's fifer restricted Mumbai Indians to 159 runs. In the 20th over, Patel scalped three wickets and conceded in one run (one run out).

In return, RCB tried experimenting by sending Washington Sundar to open alongside Virat Kohli. However, the experiment failed as the all-rounder just scored 10 runs. Despite losing a couple of early wickets, Royal Challengers were off to a strong start. Maxwell and Virat's partnership was proving fatal for the Mumbai Indians.

But Jasprit Bumrah provided a much-needed breakthrough by dismissing skipper Kohli. Marco Jansen brought Mumbai back into the game after dismissing Glenn Maxwell and Shahbaz Ahmed in one over.

However, AB De Villiers stayed till the end and smashed 48 runs off 27 balls! Harshal Patel got the winning run and ended the season opener jinx for Royal Challengers Bangalore and take them on top of the IPL table. Harshal Patel was adjudged the Man of the Match.