Tiger Woods shakes off rust to prepare for Tour grind 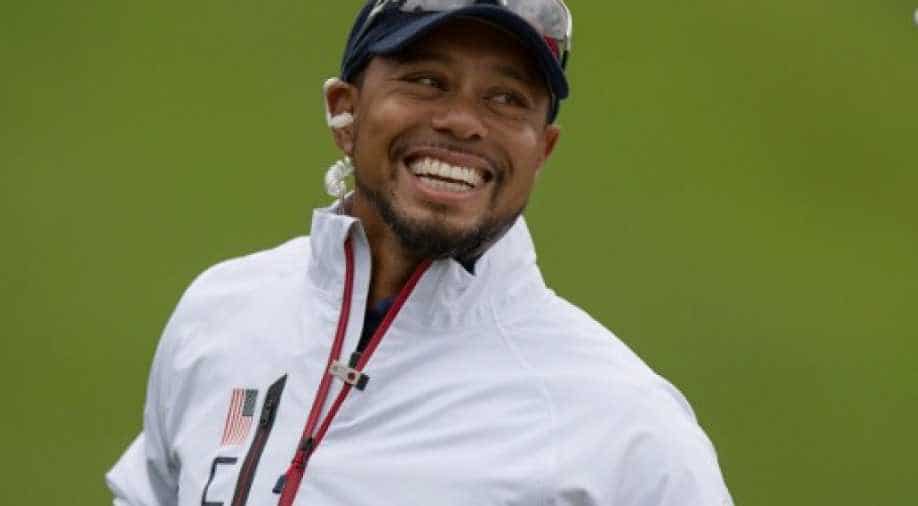 Tiger Woods said Monday he is confident that his battered 41-year-old body can withstand the rigours of playing in four golf tournaments over the next five weeks.

The 14-time major winner, who returned to golf in December at the Hero World Challenge following a 15-month injury layoff, has committed to a hectic schedule which will see him open his 2017 season at this week's Farmers Insurance Open in San Diego.

"I have played one time in the last 18 months," American Woods said during a news conference Monday at the Riviera Country Club in Los Angeles. "I just need to get in some tournament golf. I am looking forward to it."

After the Farmers at the Torrey Pines course, Woods will fly off to United Arab Emirates for the Dubai Desert Classic from February 2-5, followed by the Genesis Open at Riviera on February 16-19.

He then travels home to Florida to take part in the Honda Classic in Palm Beach Gardens (February 23-26).

The Farmers Open will be Woods' first full field tournament since undergoing back surgery in 2015.

Asked if he is physically up to the task with all the injuries he has endured the past several years, Woods said: "That is a concern but I am looking forward to it. I feel I am strong enough to handle the workload.

"I sat out long enough. I have been on the sidelines so long."

Woods admitted Monday that he once doubted whether he would ever return to golf.

"There was a time when I didn't know if I could ever swing a golf club again and play with my kids," he said.

The former world number one Woods may be far from his top form, but he says he still has his sights set on competing in the majors and his first order of business is the Masters in April.

"I am hoping to get everything right so I can play," he said. "I am thinking about it (Masters) now."

"It was the first PGA tournament I went to," Woods said. "So I got exposed to pro golf there."

Woods last won a major title at the 2008 US Open at Torrey Pines by beating Rocco Mediate in an epic 19-hole playoff despite playing with a gimpy left knee that later required surgery.

His last PGA title was at the 2013 WGC event in Akron, Ohio.

When he tees it up at historic Riviera in just over three weeks it will be his first appearance in the event in 11 years.

"I have always loved playing this course. I just never played it well," Woods said. "I played here as a junior, an amateur and a professional. It is special place."

Woods described Trump as a big hitter and said the 70-year-old was able to walk the entire 18 holes with him.

"For a person who is 70 he hits it hard," said Woods. "He keeps himself in pretty good shape. We walked all 18 holes and had a great time."

Asked if Trump could shoot a score of under 80 at the Riviera course, Woods paused, smiled and said, "Not today. It is too wet out there."

In addition to finding his form, Woods will be facing in 2017 a new crop of rising young stars such as top ranked Aussie Jason Day, Japanese ace Hideki Matsuyama, four-time major winner Rory McIlroy, eight-time PGA Tour winner Jordan Spieth and the hottest player on the Tour Justin Thomas, who has won three tournaments so far this season.

Woods says he hasn't lost the fire and passion for the game that made him one of the best of all-time.

"I am very excited about getting the season started. I miss playing and competing," said Woods, whose 14 major titles is second to only Jack Nicklaus' record of 18.