Throwback! When Ravindra Jadeja had expressed desire to become CSK's next captain after MS Dhoni 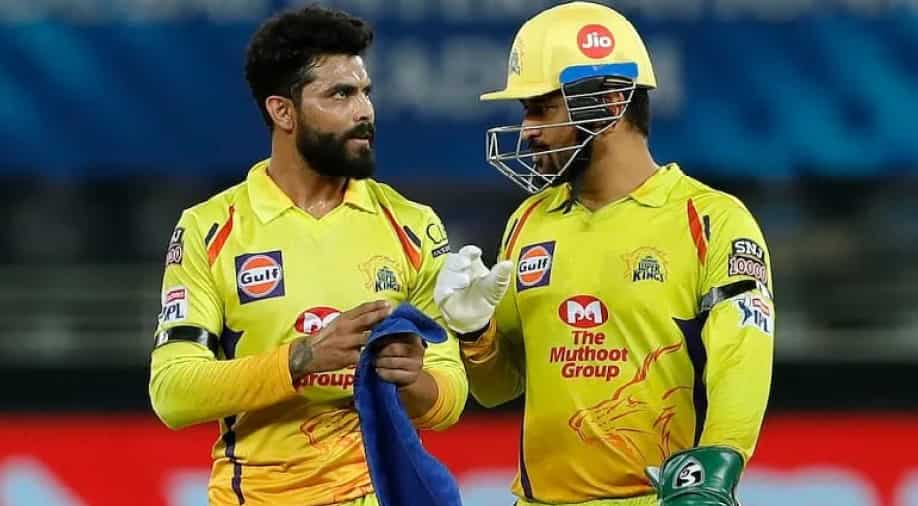 Will Ravindra Jadeja take over from MS Dhoni as the next CSK captain? | Photo - IPL | Photograph:( Others )

Chennai Super Kings (CSK) are one of the most successful teams in the history of the Indian Premier League (IPL) and enjoy a staggering fan base across the globe. Captain MS Dhoni has been one of the key figures in their massive success in the IPL over the years. He has led the team to a stunning nine finals and four trophies in twelve seasons.

Dhoni's name has been synonymous with CSK's success since the inaugural edition of the IPL in 2008. However, the CSK skipper is now in the twilight of his cricketing career and might not continue playing for too long having already retired from international cricket in 2020.

Though the 40-year-old has been retained by CSK ahead of IPL 2022, Dhoni is not expected to continue playing for the next three years of his contract. CSK will need a new captain at the helm once Dhoni decides to hang up his boots from all forms of cricket and the search for the new leader seems to have begun already.

Speculations are rife on social media that star all-rounder can take over from Dhoni as the new captain of CSK as early as IPL 2022. Dhoni reportedly has himself decided to hand over the captaincy to Jadeja in the upcoming season to ensure a smooth transition for the team.

While the reports of Dhoni handing over captaincy to Jadeja in IPL 2022 is mere speculation at the moment, the all-rounder had previously expressed his desire to captain CSK once the current skipper decides to retire. In 2021, Jadeja had responded to a question from a CSK fan page asking who should be captaining CSK after Dhoni.

The all-rounder had replied with his jersey number '8' before deleting the tweet. 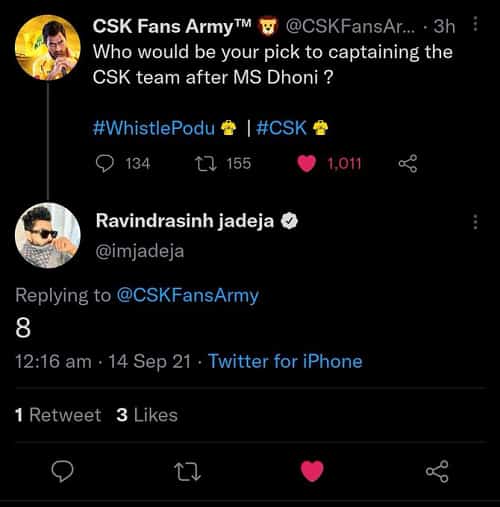 CSK have retained Dhoni, Jadeja, Rutuaj Gaikwad and Moeen Ali ahead of the mega player auction in Februray and will be looking to build a strong squad around the core group. Jadeja was retained as the first-choice player by the four-time champions for a whopping Rs 16 crore (INR 160 million) while Dhoni was the second-choice retention at Rs 12 crore (120 million).

Earlier, former CSK batter Robin Uthappa, who was part of the team's title-winning campaign in IPL 2021, had also hinted at Jadeja being looked at as the new captain of CSK after Dhoni.

"I am sure that is MS Dhoni’s doing itself. He knows the value that Jadeja has to the unit. I think from what I understand, Jadeja might be someone who could end up leading the squad in the future as well when MS Dhoni retires. They have given him the due he deserved,” Uthappa had said when asked about Dhoni opting not to be retained as the first-choice player by CSK.