'Not a masterstroke, just show off': Ravindra Jadeja trolls KKR after IPL franchise takes a dig at MS Dhoni 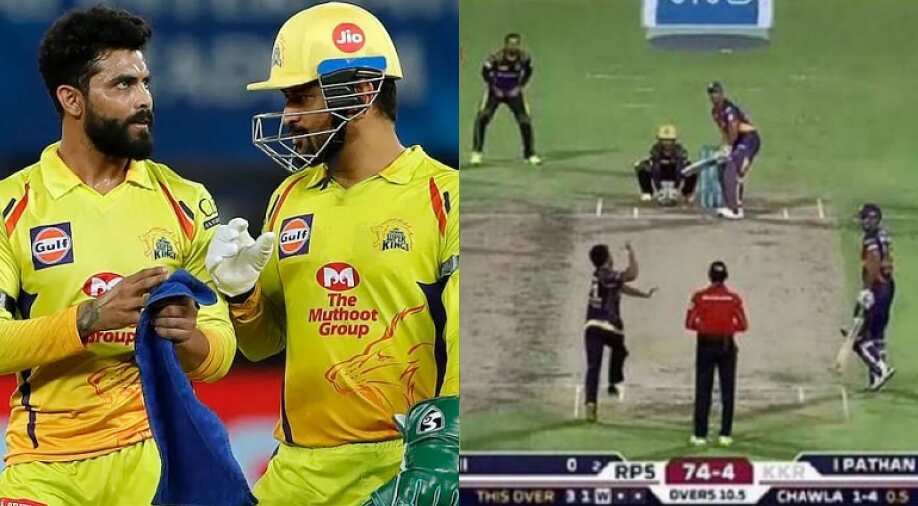 Ravindra Jadeja trolled KKR after the franchise tried to aim a dig at MS Dhoni. | Photo - IPL | Photograph:( Others )

Ravindra Jadeja fired shots at Kolkata Knight Riders (KKR) after the IPL franchise tried to take a dig at MS Dhoni with a throwback post.

James Anderson and Stuart Broad managed to hold their nerve as they helped England pulls off a thrilling draw in the fourth Ashes 2021-22 Test against Australia at the Sydney Cricket Ground in Sydney on Sunday. Australia were just one wicket away from their fourth successive win in the five-match series, however, they were denied victory by the last standing paid of Anderson and Broad.

Anderson, who faced the final over of the day from Steve Smith, was seen surrounded by fielders on the final day of the Test match as Australia gave their all in a bid to win the game. Not just the last two batters but Australia had a similar fielding setup for England's no.9 Jack Leach towards the end of the day's play.

Indian Premier League (IPL) Kolkata Knight Riders (KKR) recalled a similar setup by former skipper Gautam Gambhir for Chennai Super Kings (CSK) captain MS Dhoni in an IPL game. KKR shared a picture from the game where Dhoni can be seen surrounded by several KKR fielders as he bats in the middle.

Drawing a comparison with Australia's fielding setup against England on the final day of the 4th Test on Sunday, KKR shared a picture of Gambhir's move against Dhoni calling it a 'masterstroke'. The IPL franchise ended up getting brutally trolled by CSK and India all-rounder Ravindra Jadeja.

Jadeja reacted to KKR's post on Twitter and called it a 'show off' not a 'master stroke'. His response immediately went viral on the micro-blogging site with CSK fans also ripping KKR apart for their dig at former India captain Dhoni.

Its not a master stroke!Just a show off

The incident took place in a game between KKR and the now-defunct Rising Pune Supergiant in IPL 2016 when Dhoni was leading the Pune-based franchise after CSK were handed a two-year ban from the IPL. Dhoni returned to CSK in 2018 after playing two seasons for RPSG and has since led the Men in Yellow to two titles in four seasons.

Dhoni's CSK won the IPL 2021 title last year after beating KKR in the final of the competition in Dubai to lift their fourth trophy.