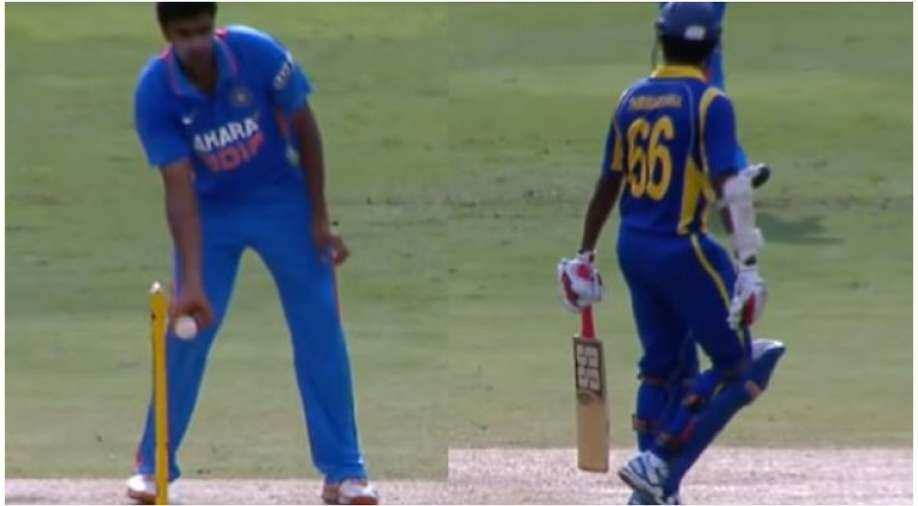 During the 2011-12 CB Series in Australia, R Ashwin made heads turn by mankading a SL batter before stand-in captain Virender Sehwag withdrew the appeal. Here's the throwback video:

R Ashwin remains one such bowler who has been quite vocal in support of the controversial mode of dismissal, i.e. mankading. In IPL 2019, he dismissed Jos Buttler by resorting to mankading which led to a widespread reaction in the cricketing fraternity. While many slammed him, there were a few who also supported the off-spinner. However, the wily spin-bowling all-rounder remained adamant that he will continue to back the mode of dismissal as it is in the laws of the game.

However, not many know that Ashwin had resorted to mankading in 2012. During India's tour of Australia, the then MS Dhoni-led Men in Blue were involved in the tri-series, i.e. the 2011-12 CB Series, which also had Sri Lanka as the third team. While facing Sri Lanka in match 8, India were without regular captain Dhoni (banned for one game due to slow over-rate).

During the encounter, Ashwin mankaded Sri Lanka batter Lahiru Thirimanne (batting on 44) in the 40th over. While Ashwin had warned the batter before as well, he went ahead with mankading the Sri Lankan before stand-in captain Virender Sehwag decided to overturn the appeal (influenced by Master Blaster Sachin Tendulkar). Here's the video:

Talking about the match, at The Gabba, Brisbane, the Mahela Jayawardene-led SL batted first and posted 289-6 riding on Tilakaratne Dilshan and Thirimanne's fifties. In reply, Dhoni-less India only managed 238 all-out in 45.1 overs.

For the unversed, India were competitive in most matches but didn't qualify for the finals. Australia went onto win the tournament; winning the best of 3 finals 2-1.