'This has happened because of him': Ex-Pakistan captain blames Ravi Shastri for Virat Kohli's poor form 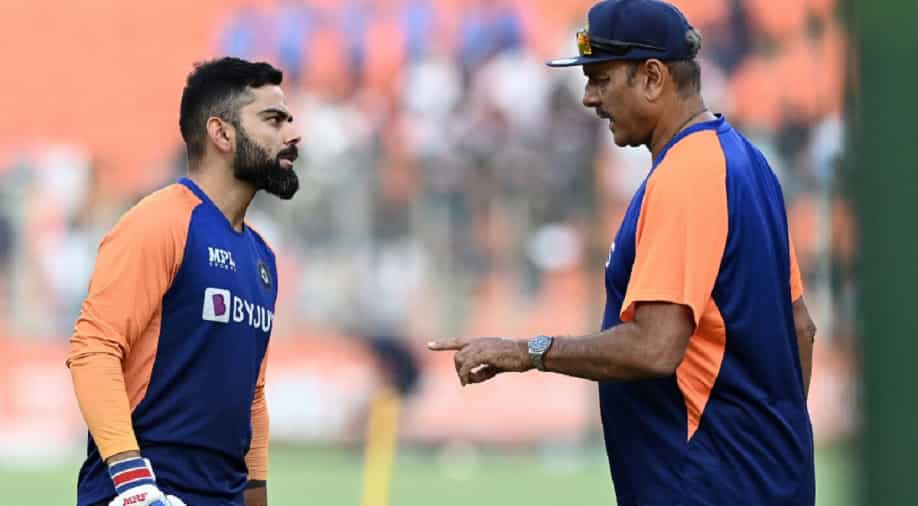 Former Pakistan captain Rashid Latif has made some sensational remarks against ex-India head coach Ravi Shastri, blaming him for the downfall of Virat Kohli. The Indian batting maestro has been enduring a rough patch with the willow across formats for the past few years now. Kohli is yet to score a century in international cricket since November 2019 and has looked far from his best for the Men in Blue.

While he has struggled to deliver consistently for the Indian team, his rough patch continued in the recently-concluded Indian Premier League (IPL) 2022. While Kohli has been scoring runs in patches and has not been completely out of form, his performances still have been below-par considering the standards set by the batting maestro.

One of the best batters in the world at present, Kohli has failed to notch up a big score for India for over 2.5 years now and will be hopeful of sparking a turnaround soon. Speaking about his poor patch, former Pakistan captain Latif recently blamed Shastri for Kohli's abysmal run and said had the former India all-rounder not been appointed as head coach, Kohli would not have been out of form.

Also Read: No rest for Kohli & Rohit, duo likely to be available for T20I series against England - Report

"It is because of him (Ravi Shastri) that this has happened. In 2019 (Shastri was appointed as India head coach in 2017), you sidelined a player like Kumble and in came Ravi Shastri. Whether he had the accreditation or not, I have no idea. He was a broadcaster. Had no business in coaching," Latif said in a video on his YouTube channel.

"Barring Virat Kohli, I am sure there would have been other people who played a role in getting Shastri in. But that is backfiring now, isn't it? Had he (Shastri) not become the coach, he (Kohli) wouldn’t have gone out (of form)," he added.

Shastri had first worked with the Indian team as a director for two years from 2014 to 2016 before being appointed as the head coach of the team in 2017 following the sacking of Kumble as the head coach. He formed a great relationship with then captain Kohli and the duo enjoyed tremendous success as a coach-captain pair.

India became a force to reckon with under Shastri and Kohli and were the number one Test team in the world for a long period. They also became the first Asian team to win a historic Test series in Australia in 2018-19. Shastri's contract was renewed ahead of the ICC ODI World Cup in 2019 and he served as India's head coach till 2021.

While India failed to win a major ICC trophy under him, Shastri and Kohli guided India to some memorable series wins both at home and away from home. India won their second straight Test series under Shastri in Australia in 2020-21 in the absence of Kohli.