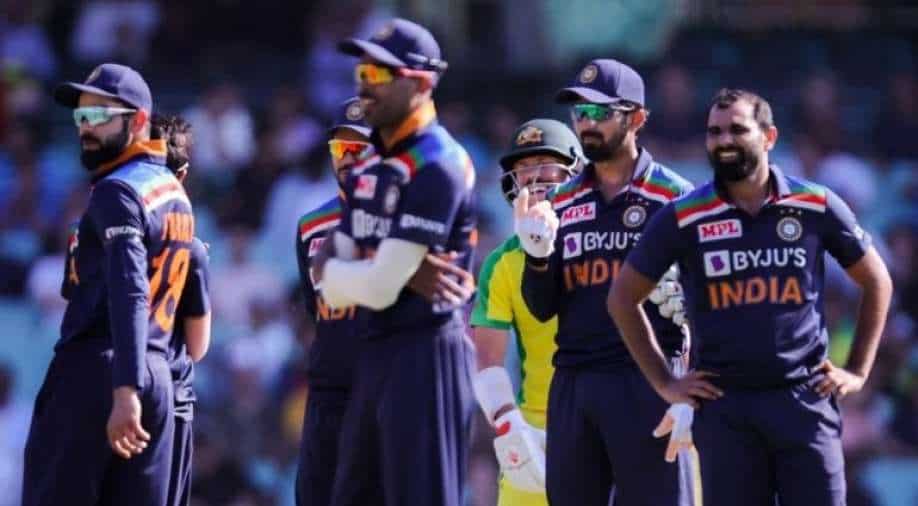 Skipper Virat Kohli blamed India's poor fielding during the match. The team dropped some significant catches that could have changed the course of the game.

Indian cricket team’s Australia tour of 2020-21 was off to the worst possible start as the Men in Blue, in retro jersey, suffered a crushing 66-run defeat at the Sydney Cricket Ground in Sydney on Friday.

Skipper Virat Kohli blamed India's poor fielding during the match. The team dropped some significant catches that could have changed the course of the game.

Steve Smith, who smashed a whopping 105 runs in 66 balls could have gotten out earlier. In the 37th over, Dhawan misjudged the ball and ran too far in to drop Smith. Chahal dropped centurion Aaron Finch. Both Aussies were responsible for posing a mammoth total against the Men in Blue.

Kolhi talked about the sloppy fielding effort after the match. He said: "Got enough time to prepare. Don’t think there can be any excuses,” he said. “Probably the first long game we’ve played in a while, been playing T20 cricket. Probably that’s something that can have an effect. Body language wasn’t great after around 25 overs. If you don’t take your chances against a top-quality opposition, they’ll make you pay."

Due to poor fielding and bowling effort, Australia posed their highest ODI total against India by putting 374/6 on the board. Pandya produced a good knock with the bat but was not given the ball. And Pandya's inability to bowl due to the risk it exposes his back to.

"Unfortunately, Hardik is not fit enough to bowl, and we don’t have other all-round options to pick from either, someone like Stoinis or Maxwell," Kohli pointed out.

"From the batting point of view, we had a chat briefly now. All the batsmen committed to it which is why you saw us playing with intent. I think we gave ourselves the best chance. Hardik’s innings was the best example of that. As a batting unit we committed nicely to positive cricket and we are going to do that in the future as well."