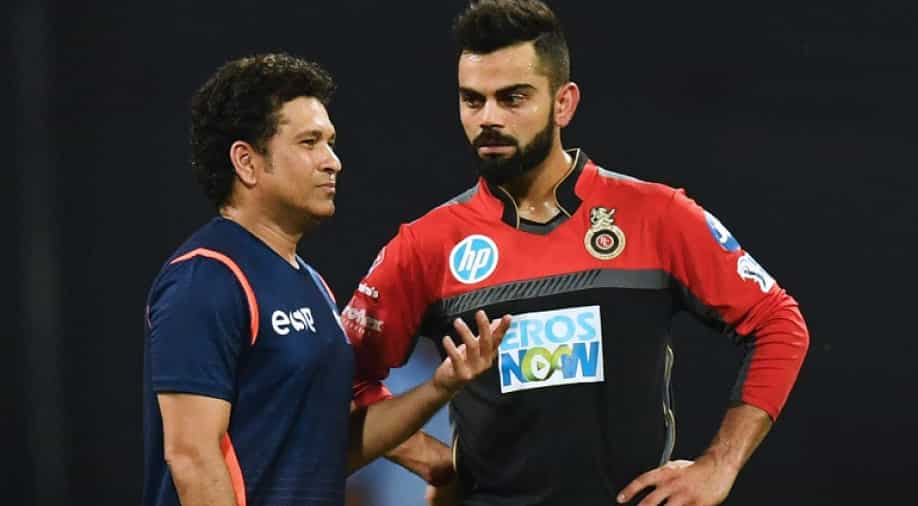 Virat Kohli and others wished Sachin Tendulkar on his 49th birthday. Photograph:( AFP )

Indian cricket legend Sachin Tendulkar is celebrating his 49th birthday on Sunday (April 24). Wishes have been pouring in from all corners for the Master Blaster.

One of the greatest cricketers of all time, the legendary Sachin Tendulkar is celebrating his 49th birthday on Sunday (April 24). Fondly known as Master Blaster for his batting heroics throughout a glorious cricketing career, Tendulkar is often credited to have made India fall in love with cricket as a nation.

Right from his initial days in international cricket, Tendulkar was up against some of the best bowlers in the world and went on to prove his mettle against everyone. He dominated bowling attacks single-handedly and led India to numerous memorable wins across several major tournaments.

Wishes have been pouring in from all corners for the Indian cricket legend on his 49th birthday. Several current and former cricketers took to social media to wish the Master Blaster. Virat Kohli led the wishes with an Instagram post for the batting legend. "Happy Birthday to one of the greatest. Have a good one Sachin paji," Kohli wrote wishing Tendulkar. 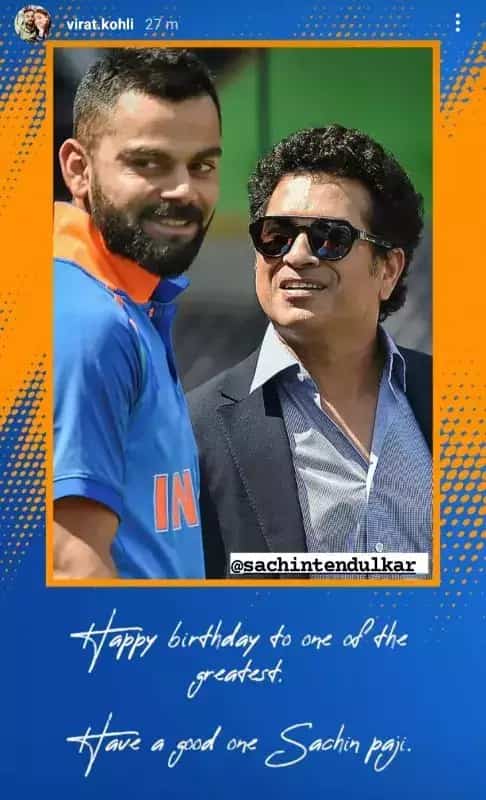 BCCI secretary Jay Shah tweeted a special message for Tendulkar on his birthday as he credited the Indian cricket legend for uniting billions of fans around the world for their love of cricket. The likes of Gautam Gambhir, Yuvraj Singh, Suresh Raina and others also wished Tendulkar.

Also Read: 'Will you go or shall I': What Rishabh Pant told Pravin Amre before sending him on field post no-ball fiasco

Here's how the cricket fraternity wished Sachin Tendulkar on his 49th birthday:

A true legend & an even better human being. Wish you a very happy birthday @sachin_rt. God bless! pic.twitter.com/FPJQmZwm40

Happy Birthday Paji @sachin_rt . Wishing you the best of health & happiness always. You are & will always remain the true icon of cricket. Keep shining! Keep inspiring us all! #HappyBirthdaySachin pic.twitter.com/pmgRX274Is

Happy Birthday @sachin_rt ! May you always be blessed with great health and happiness!

Happy birthday @sachin_rt Wishing you a beautiful day with lots of happiness in the year ahead. pic.twitter.com/ONuTttowGM

Tendulkar made his international debut for India in a Test match against arch-rivals Pakistan in Karachi in November 1989. He went on to play 200 Tests, 463 ODIs and 1 T20I in his legendary international career, amassing 15,921, 18,426 and 10 runs in the three formats respectively. The Master Blaster remains the highest run-getter of all time in international cricket.

Also Read: 'He is in that dark place': Kevin Pietersen after Virat Kohli's second consecutive duck in IPL 2022

Sachin retired from international cricket in 2013 with his last appearance for India coming in a Test match against West Indies. Sachin is currently with Indian Premier League (IPL) team Mumbai Indians as a mentor of the team. MI have had a poor start to their campaign in the ongoing IPL 2022 and will be looking to bag their first win against Lucknow Super Giants on Sunday.