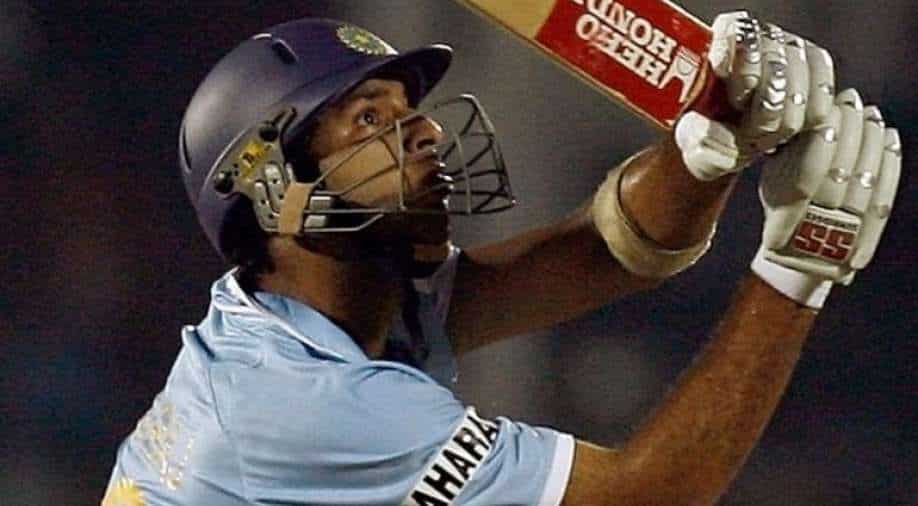 Yuvraj Singh has now revealed that Stuart's father Chris Broad had met him during India vs Australia semi-final of the same tournament.

Yuvraj Singh's six sixes in an over against England's Stuart Broad was the highlight of the 2007 T20 World Cup. The star all-rounder smashed all around the park to make it a nightmare for Stuart Broad.

Yuvraj Singh has now revealed that Stuart's father Chris Broad had met him during India vs Australia semi-final of the same tournament.

“I remember when we were playing the semifinal against Australia, Chris Broad, Stuart’s father was the match referee. He came before the game and said ‘thank you for almost finishing my son’s career.' I said ‘nothing personal. I got hit for 5 sixes, I know how it feels,” Yuvraj told Gaurav Kapur in the '22 Yarns’ podcast.

Yuvraj further added that Chris Broad requested him to gift his jersey from the England match to Stuart Broad.

“He was like ‘you have to give that shirt to Stuart, the one you wore while hitting six sixes.' I gave him the shirt and wrote ‘I know how it feels, coz I have been hit for five.' I said 'you are the future of England, I’m sure you are gonna do great things.' And look where he is today, more than 500 Test wickets,” Yuvraj said.

Yuvraj was asked whether he knew that Stuart Broad will go on to have such a prolific career for England.

“See it can happen to anyone. You can have a bad day and when you do only you are person who can understand what is actually going on. You work hard day in and day out to give the best for your country and when you have a day like that you suddenly don’t know who to turn up to. So you have to be your own saviour. It’s very easy for others to say anything,” Yuvraj added.