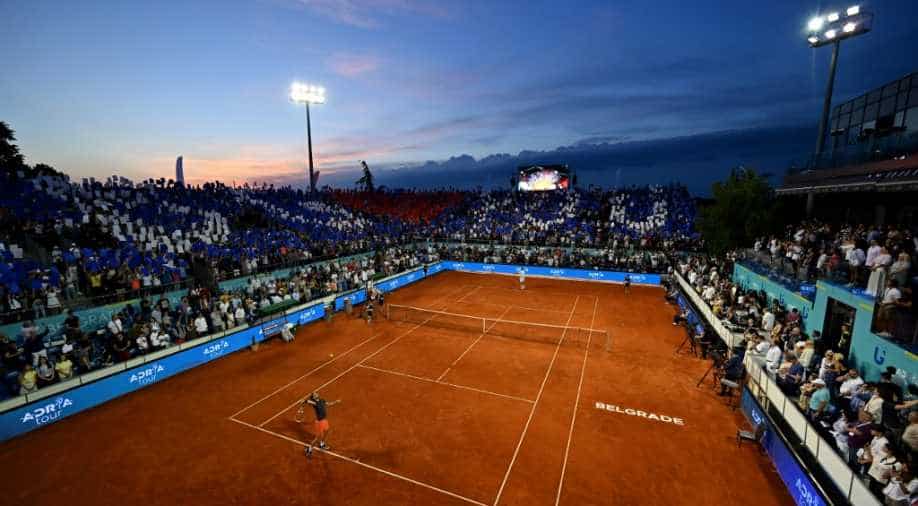 No social distancing, players embracing at the net, ball kids on the courts – it was business as usual in Adria Tour. Some would say it was an alternate reality that was pushing fate. The coronavirus has hit back with both Grigor Dimitrov and Borna Coric tested positive for the dreaded virus and the Tour has been called off.

The Tour was set-up by Djokovic in the Balkans to give fans a taste of what they were missing with the tennis season suspended. 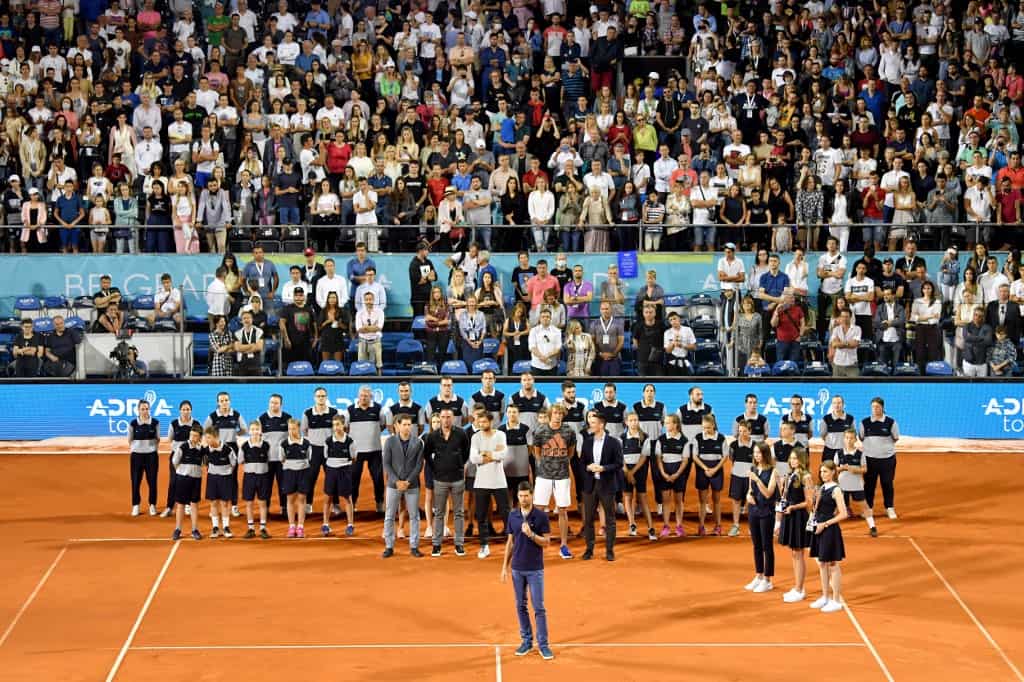 So no social distancing, players embracing at the net, ball kids on the courts – it was business as usual. Some would say it was an alternate reality that was pushing fate. The coronavirus has hit back with both Grigor Dimitrov and Borna Coric tested positive for the dreaded virus and the Tour has been called off.

“We are really sorry, we tried our best to respect all measures, and we did respect all measures imposed by the governments of Serbia and Croatia. From our side, we did all we could but Grigor is unfortunately positive. At this moment we are organising all medical services to check all people who have been in contact with Grigor, they will all be tested,” said Djorde Djokovic.

And those test results could spell trouble for Djokovic, who faced Coric on Saturday in the second lef of the Tour in Croatia. According to reports, Djokovic’s fitness trainer and coach have tested positive for COVID-19 as well. 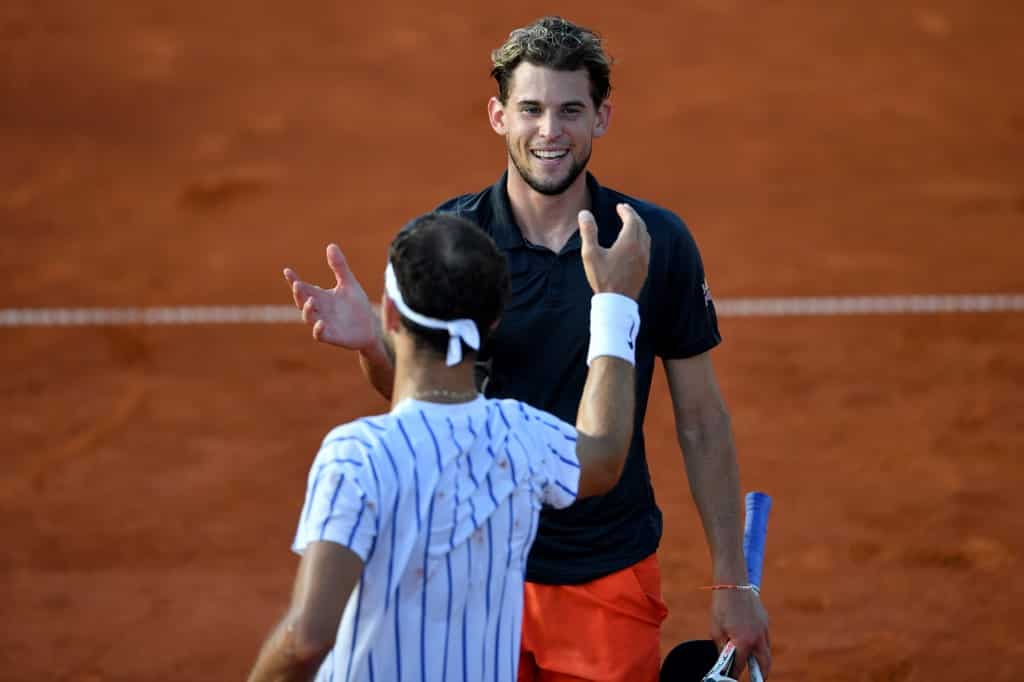 Adding to the anxiety is a backlash against Djokovic who also heads the ATP player council with nick Keerios, Alize Cornet and Noah Rubin slamming the decision to cock a snook at the coronavirus.

🤦🏽‍♂️🤦🏽‍♂️🤦🏽‍♂️ Boneheaded decision to go ahead with the ‘exhibition’ speedy recovery fellas, but that’s what happens when you disregard all protocols. This IS NOT A JOKE. https://t.co/SUdxfijkbK

These are the people I feel I am fighting against, which is why I don’t answer every tweet. Some don’t deserve responses. Wake up. pic.twitter.com/htNIGoGUWk

While watching images from the Adria Tour, I kind of felt that something was really wrong... Am I the only one ? Is it a consequence of it ?
Get better soon Grigor 🙏 https://t.co/GKfouQ5hwF

And it’s not just Djokovic who is facing the wrath of the pandemic. Serbian football champions Red Star Belgrade have announced that 5 players have tested positive for the virus. This comes 12 days after their match against Partizan Belgrade with over 16,000 fans in attendance. 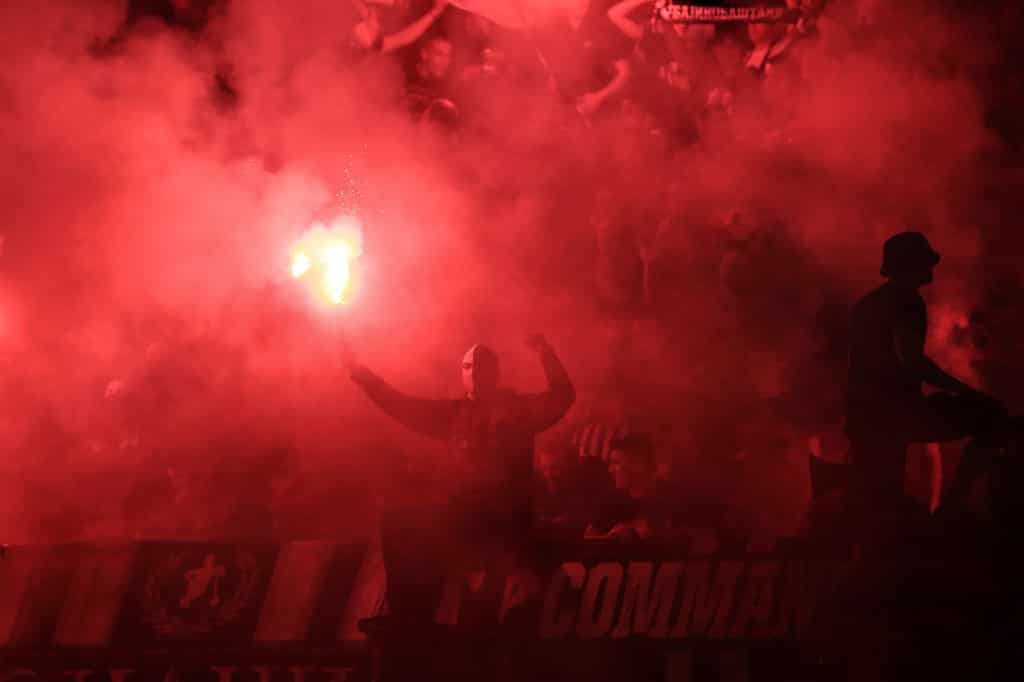 With cases declining, the Serbian government had relaxed lockdown measures in the country but clearly the decision to allow fans now seems ill-conceived

Whereas, New Zealand celebrated the end of the battle against the pandemic with 43,000 fans packing Eden Park in Auckland for a rugby game a few days ago.

With no vaccine in sight, the coronavirus cannot be wished away. And yet certain sporting bodies do not seem to have received the memo. Any event with large crowds is a magnet for the virus to strike again.

The German Bundesliga is nearing a month since resumption but strict protocols and social distancing have ensured no untoward incidents.

A ghostly silence has greeted television audiences who have tuned into the resumption of La Liga and the Premier League but if sport is to endure and battle back then empty stadiums are the new normal.

This is no time to play Russian roulette. The pandemic has just reminded us that it hasn’t thrown in the towel.