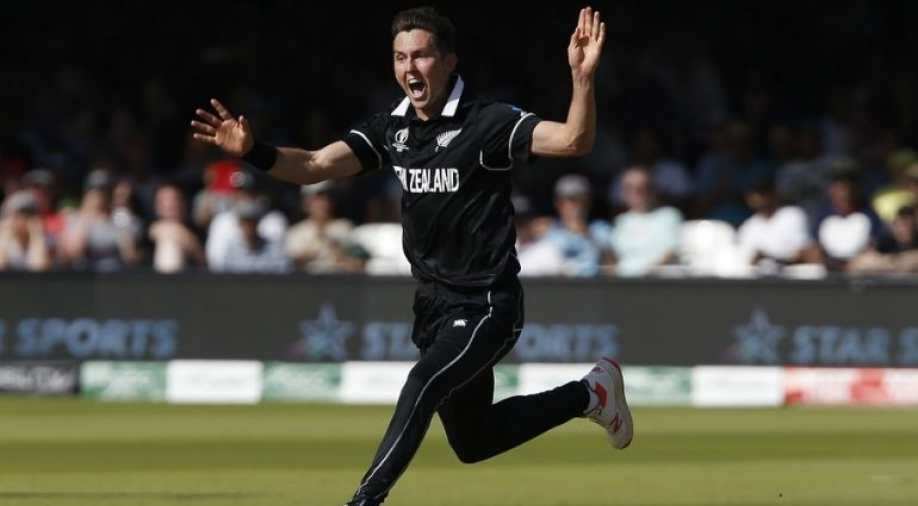 As the Virat Kohli & Co. prepares to face New Zealand in a very crucial contest on Sunday (October 31) in the ongoing T20 World Cup, they have been warned by the opponent's pace spearhead Trent Boult. The bowler is plotting to replicate something similar to what Pakistan's Shaheen Afridi did to wreck India's top-order during the Indo-Pak match that India lost by 10 wickets.

Boult has said he has seen how Shaheen swung the ball as he told the reporters on Sunday (October 30) that the way Shaheen bowled was "amazing" and he can mirror that.

During the presser, Boult also said, "There's quality batsmen in that Indian lineup and early wickets are definitely the focus for us as a bowling group. Hopefully, from my point of view, it swings around a little bit and I can mirror what Shaheen did the other night."

In the India vs Pakistan match, Afridi dismissed Rohit Sharma for a golden duck with a searing, swinging delivery and, in his next over, bowled the other opener, KL Rahul, to set up Pakistan's victory in the Group II blockbuster in Dubai.

New Zealand are also smarting from their defeat by Pakistan and need a win against Kohli's "Men in Blue" to revive their campaign. Talking about the match, Boult said, "There's always a lot of excitement that comes with playing India."

"We've probably enjoyed some success over the last few years in these ICC tournaments but it definitely doesn't mean that we're going to treat them lightly or anything like that. It's a big game for both teams. I'm sure both are looking forward to putting on a good show," added the 32-year-old.