Sport can live without Pakistan's cricket Jihad, thank you 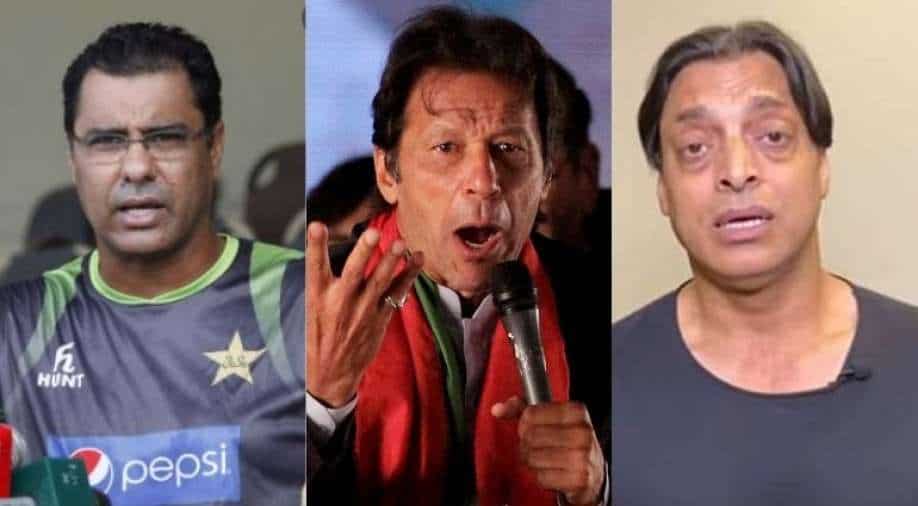 Cricket has no religion, but who knew it was a crusade of faiths and not about arch rivals matching skills in a sport! That is Pakistan for you.

It took only one victory in an initial match of the T20 World Cup to bring the worst out of the veteran Pakistani cricketers. First religion, and then race! Imagine the comments if they somehow managed to win the World Cup.

Many former Pakistani cricketers thrive on making comments about Indian cricketers, as they get social media followers who 'hate-watch' them from India, which is a far bigger market than Pakistan. Perhaps catering to this, they often overdo the anti-India commentary.

But what's troubling is how some of these are tinged with communalism and racism, particularly as some former cricketers have turned themselves into ultra-orthodox spokespersons of their religion.

I think the malady runs deeper. Pakistan’s whole raison d'etre has been that it is not India, and it has built for itself a world view with grand illusions of being the fortress of Islam and the dreams of being the defender of the faith with what it calls the ‘Islamic Nuclear bomb’.

It today has a prime minister who, as the legend goes, first called a cricket match against India as Jihad and this was in the 1970s and the 80s!

A former Indian high commissioner to Pakistan referenced a 1982 event involving Imran Khan, the current prime minister of Pakistan and former Pakistan cricket captain. Khan was cited as saying that he viewed India-Pakistan cricket matches as a Jihad for Kashmir rather than a game.

The remarks coincided with the times of the first Afghan jihad and the era of Muhammad Zia-ul-Haq in Pakistan. It is but a sad coincidence that in 2021, its home minister calls a win in a cricket match as the win of all of Islam, coming in the backdrop of what Pakistan calls the second ‘victorious’ jihad by Taliban Afghanistan.

The more things change, the more they remain the same!

Cricket has no religion, but who knew it was a crusade of faiths and not about arch rivals matching skills in a sport! That is Pakistan for you.

He believes Pakistani Punjabis are a 'special race.'

I wonder what Mohammad Rizwan, who by all accounts seems a pious person, thinks about it?

Does he feel his other offerings of the Namaz are ‘non-special’ or he will have to beat India again to make a special ‘Namaz’. Were all such previous prayers spanning 12 games ‘non-special’?

The real problem with Pakistan is that it can’t dissuade itself from its paranoia about India, can’t break itself away from the self-image of ‘humney to inpey 1000 Saal tak raaz kia hai’ i.e. we (Muslims) have ruled the Hindus for a thousand years. It is sad for a country to refer to history for whom the history lessons in their schoolbooks starts with the first raids of a savage invader called Mohammed bin Qassim.

So that is the context in which I implore you to see these bursts of joy that have seeped out from people, which ideally get stated in the safety of their living rooms or the anonymity of social media.

In what was perhaps the nadir of this shameful display, some Pakistani socail media handles called one of the most loved cricketers in India Mohammed Shami, the architect of many famous Indian wins, a hero and an inspiration to every boy and girl who wants to bowl fast in India, an agent of Pakistan.

I don’t even want to comment on it because it doesn't deserve any further discussion.

I would like to finish with this: every single 'expert' in Pakistan, in spite of lip service siding with Pakistan, almost took it for granted that India would win and that Pakistan would lose.

However, their cricket team, no doubt a talented lot, led by perhaps the best young batsman in the world today, played exceptionally well and defeated India fair and square.

And then, as the Indian saying goes, ‘andhon ke haath bater lag gayi’. Meaning, they were not ready for it, and since they were not prepared to be graceful in victory, they fell back on muscle memory, of bile and venom and just plain hate against India.

And that, my friends, explains what we are seeing.