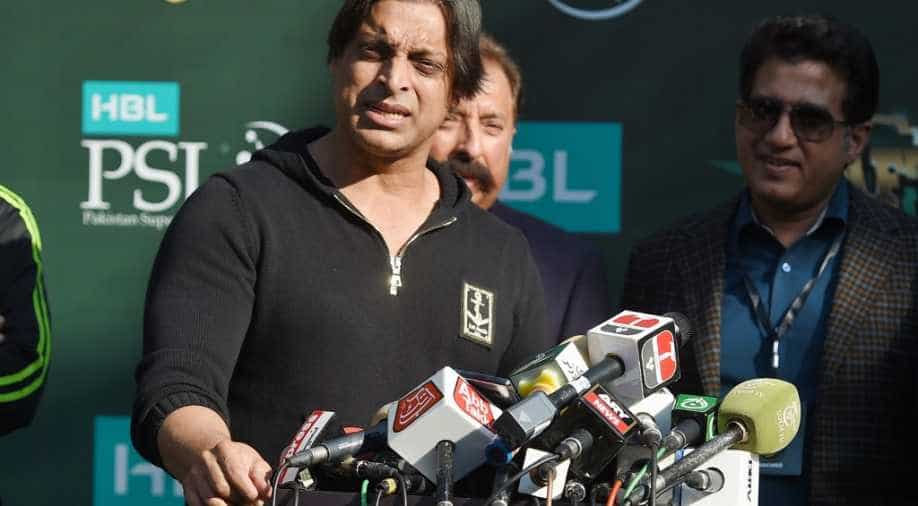 Shoaib Akhtar is notorious for making bizarre comments about Indian cricket, and these remarks have helped him grow his social media following.

As if the last communal comment by former Pakistani cricketer Waqar Yunus about 'Namaz in front of Hindus' wasn't shocking enough, ace fast bowler Shoaib Akhtar has made another disturbing remark, claiming that Pakistani Punjabis are "a superior and more powerful race" than Indians.

"India isn't known for its fast bowling. We Punjabis from Pakistan are a great race. Punjab and Peshawar produce the majority of quick bowlers. We eat, speak, and walk in different ways," he claimed during a live cricket discussion show on ARY News.

Shoaib Akhtar is notorious for making bizarre comments about Indian cricket, and these remarks have helped him grow his social media following.

The former Pakistan bowler also walked out of a TV broadcast and resigned from his position as a cricket pundit after the host of the show on state-owned PTV urged him to leave the set.

Following Pakistan's five-wicket triumph over New Zealand in the ongoing T20 World Cup on Tuesday, Akhtar, 46, said the host had treated him rudely and insulted him on TV.

There was a time when Pakistan’s cricketers were known to not wear their religion on their sleeves.

However, in the past two decades, Pakistani cricketers' lives have shifted in the other direction, from the flamboyance and opulence of Majid Khan, Imran Khan, Zaheer Abbas, and Asif Iqbal to the more religious, often bearded avatars of Saeed Anwar, Inzamam-ul-Haq, Waqar Yunus and Mohammad Yousaf.

Pakistan's overwhelming success against India in the ICC T20 World Cup was previously connected by its Home Minister Sheikh Rashid to Islam's victory.

Waqar Yunus then remarked that during the match against India in Dubai on October 24, he loved Mohammad Rizwan doing his namaz prayers during a drink break.