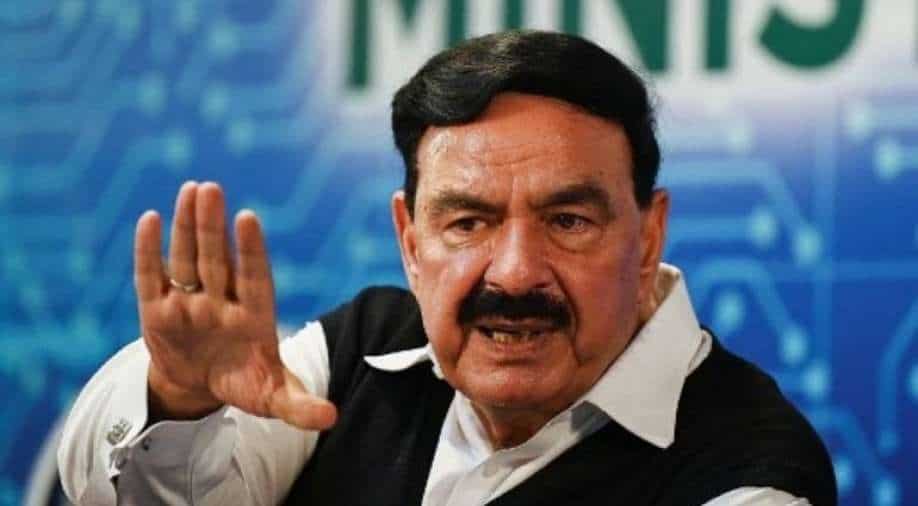 Sheikh Rasheed, in his message for the national team said that Pakistan’s real final in the T20 World Cup was today against India.

After Pakistan won a T20I by 10 wickets for the first time, Pakistan's Interior Minister Sheikh Rasheed made a strange remark on Monday, declaring that all Muslims throughout the world, including Indian Muslims, were backing his nation during the match.

"Pakistan's triumph against India is a victory of Islam. All Muslims throughout the world are rejoicing," he said in a video message on twitter.

Sheikh Rasheed describes #Pakistan’s victory against India in the #T20WorldCup match as a "victory of Islam", and, he is a minister🤦🏻‍♀️

Chill, congratulate your boys, it's just a cricket match that you've won after yrs🤚@TarekFatah @kakar_harsha pic.twitter.com/Apb7H4PAg1

In his message to the national squad, Sheikh Rasheed stated that Pakistan's true T20 World Cup final was tonight versus India.

"Today's match has a different level of excitement than any previous match in the World Cup," he remarked, praying for Pakistan's triumph.

It was Pakistan's first-ever 10-wicket triumph over any opponent in a T20, while India also suffered the humiliation of losing by such a large margin.

Pakistan won their first T20 World Cup match against India since 2007 when India won the first event by defeating Pakistan in the final.