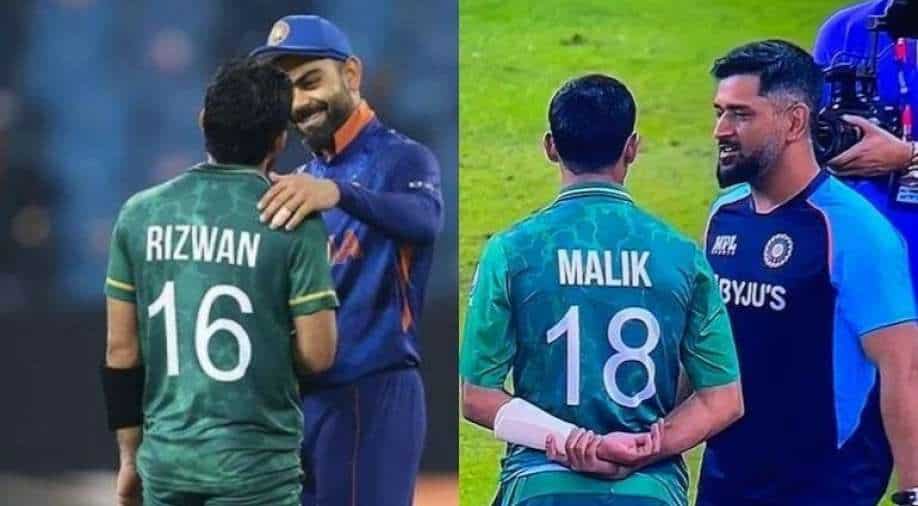 Following India's Super 12 loss to Pakistan on Sunday, Virat Kohli and MS Dhoni demonstrated the "Spirit of Cricket" by interacting with the opposition.

On the cricket field, India and Pakistan are arch-rivals, but players from both sides have a strong bond off the field, as evidenced by the Men in Green's 10-wicket victory against Virat Kohli's team at the Dubai International Cricket Stadium on October 24.

Pakistan team players having a chat with MS Dhoni after the match ❤️@MSDhoni | #MSDhoni | #WhistlePodu pic.twitter.com/rlR2NCUYo9

Also, despite a devastating setback in Team India's T20 World Cup opener, skipper Virat Kohli remained composed and demonstrated the "Spirit of Cricket" in his post-match interactions with the opposition.

The Pakistan Cricket Board (PCB) shared a snapshot of Kohli chatting with Rizwan Azam on social media with the message "Spirit of Cricket! #WeHaveWeWill."

Pakistani players also snapped photographs with Dhoni, who is the first captain in white-ball cricket history to win all three ICC titles.

Several photographs of Dhoni talking with the players were shared on social media.

It was Pakistan's first-ever 10-wicket triumph over any opponent in a T20, while India also suffered the humiliation of losing by such a large margin.

Pakistan won their first T20 World Cup match against India since 2007, when India won the first event by defeating Pakistan in the final.