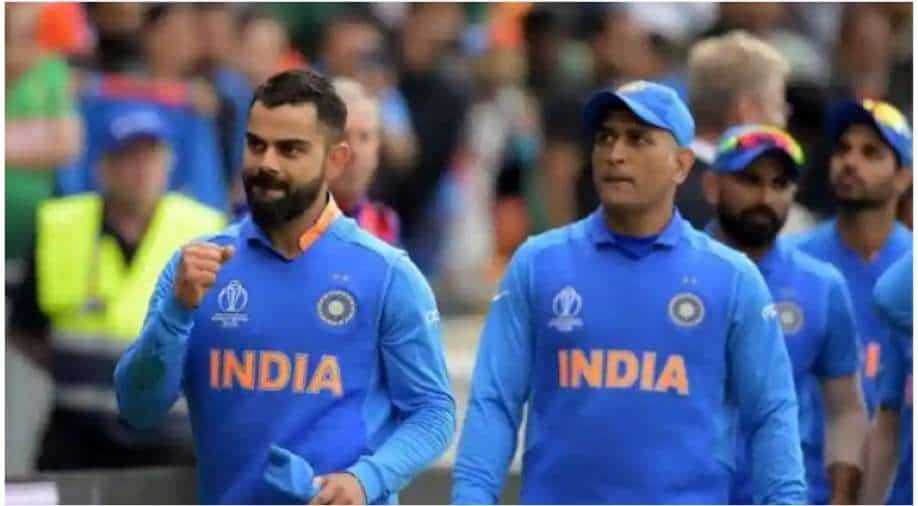 After MS Dhoni was named as Team India's mentor for the T20 World Cup, netizens became emotional and shared their reactions on social media platforms.

Virat Kohli-led India's squad for the upcoming T20 World Cup was announced on Wednesday evening (September 8). BCCI secretary Jay Shah made the announcement, which had some surprise omissions as well as additions. Kohli-led India's 15-man squad is a good mix of experience and youth but the biggest surprise came in the form of MS Dhoni's return.

Dhoni has returned to the Indian squad as a team mentor for the showpiece event, which kicks off in the UAE from October 17. The former Indian captain, who retired from international cricket on August 15, 2020, has led India to all three major ICC titles (T20 World Cup, ODI World Cup and Champions Trophy) and, thus, his experience will be immensely valuable for Kohli & Co.

Dhoni has played and led India in all T20 World Cup games. This time around, his role will be different, i.e. to work closely with the support staff, as Men in Blue will gear up to win their second T20 World Cup and first-ever ICC title since 2013.

Following Dhoni's inclusion as a mentor, the ardent fans of the former cricketer went into a meltdown on Twitter. Here are some of the reactions -

The game's most celebrated ICON is back #MentorDhoni | @msdhoni pic.twitter.com/9Id7lJwyiE

When I see MS Dhoni's name as a mentor for #T20WorldCup pic.twitter.com/RhV92WbY3u

We are going to witness him again in the Indian blue jersey #MSDhoni @msdhoni pic.twitter.com/JJJVPEusem

At present, Dhoni is gearing up to lead Chennai Super Kings (CSK) in the second and final leg of the IPL 2021, which starts from September 19.

Meanwhile, Kohli-led India will begin their campaign in the T20 WC on October 24, versus Pakistan. They are placed in Group 2 with Pakistan, Afghanistan, New Zealand and will be joined by two other teams from the qualifiers.