T20 World Cup: Matthew Wade has his say on why David Warner didn't use DRS when he was actually not out 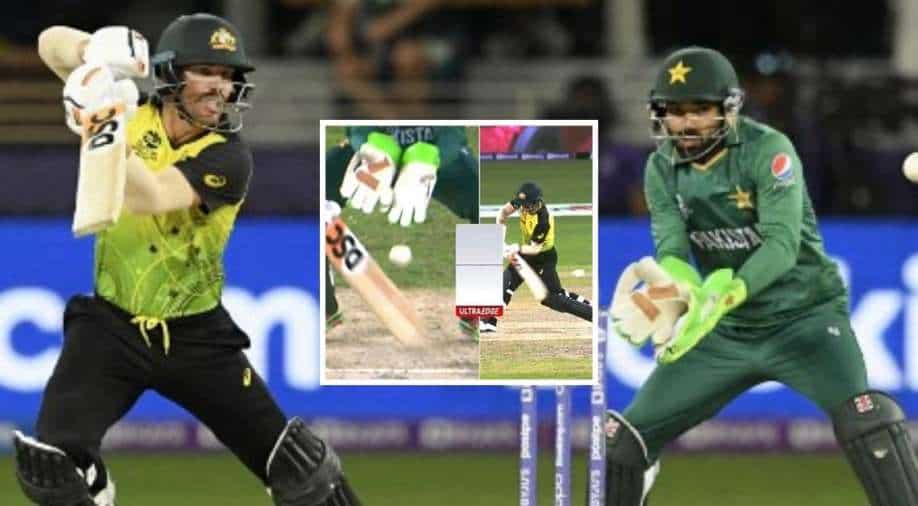 Matthew Wade revealed why David Warner didn't use the Decision Review System (DRS). Scroll down to watch the video of Warner's wicket

Australian batter David Warner will steal the limelight if one wishes to look back at the interesting moments during Australia vs Pakistan semi-final clash in the ICC Men's T20 World Cup 2021, that the Babar Azam & Co. lost by five wickets.

Warner's 49-run knock set up Australia's victory as they chased down 177 with one over and five wickets to spare at Dubai International Cricket Stadium on Thursday (November 11) to book a title clash with New Zealand.

However, Warner's knock had two crazy moments — during the seventh over, the first ball of the over was slipped from bowler Mohammad Hafeez's hands and Warner didn't miss the opportunity to hit a huge six. Click here to WATCH what had happened.

And second, when Warner lost his wicket. He fell to spinner Shadab Khan, caught behind and walked back to the pavilion after on-field umpires signalled out. However, replays suggest the left-hand opener did not edge the ball.

Weighing in on the same, Matthew Wade revealed what might have happened and why the swashbuckling batter didn't use the Decision Review System (DRS). Also, all-rounder Glenn Maxwell at the other end also could not help his partner in taking a review.

After the match Wade, who scored 41 off 17 balls and smashed the winning runs, said, "We haven't had too much time to chat about it, just passing comments... I think there was a noise. He (Warner) wasn't sure, maybe his bat handle clicked or his hand on his bat."

"He didn't think that he hit it but I think Glenn at the other end heard the noise and to be fair that out there, that was the only thing that could have been so he was potentially thinking that he (Warner) might have hit it. It's really tough in those situations. How many times do you see a batter think that they haven't hit it and they have?" he added.

"So a little bit of reassurance from the other end I suppose but that's now how it [went] with Maxy. Maxy heard a noise and he was batting out there. So hopefully something like that doesn't happen in the next match but we just got to work it out. The thing is we get 2 reviews in this format so you can sort of say that we should have used it but that's the way it goes," he further said.

Australia coach Justin Langer said the team would work on taking the referrals. "So much noise out there last night, honestly it was like a rock concert," Langer commented on the nearly packed stadium.

"I think we have all talked about it. He was surprised. Maxi was surprised, he was his partner when saw it on the replays later on in the innings. We will work through that," he added.